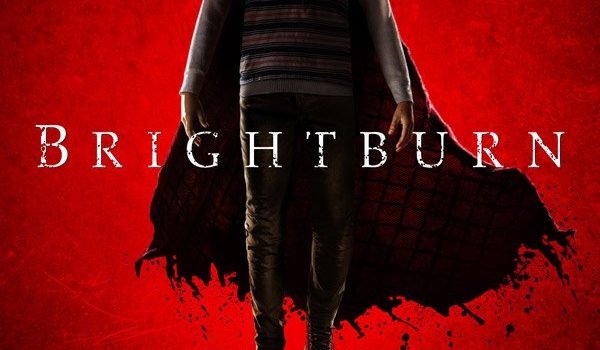 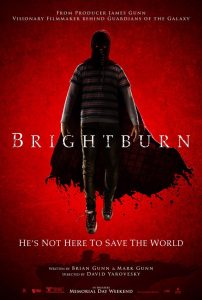 Although it’s easiest to describe Brightburn as “Superman, but evil,” it’s a mistake to think of it as a superhero movie. It is, rather, a pretty straightforward horror movie. It stars Elizabeth Banks and David Denman as the Kent-like parents of Brandon Breyer (Jackson A. Dunn), an alien child they find in a crashed spaceship. They adopt and raise Brandon until he turns 12 and starts exhibiting unnatural abilities.

Arley: This goes for the standard horror movie beats. The best scene was early on when the mother came up behind her kid as he was sleepwalking. It was a good use of tension and atmosphere. After that the movie is fairly predictable, but that’s okay for what it is.

Josh: I saw where this was going real fast. It goes for the jump scares a lot and it takes a long time for any of the characters to put two and two together, which makes me want to shout things at the screen: “Don’t go out in the woods by yourself! Where is your shotgun?”

— the main cast is made of actors better known for comedic roles (Banks has notable roles in the Pitch Perfect films as well as several Judd Apatow movies, etc.; David Denman was previously in The Office; and Matt Jones had a recurring role as Badger in Breaking Bad) which brings a mismatch of tonal expectations to the film.

Brightburn shares a lot of similarities with 2012’s Chronicle, which also deals with super-powered teenagers gone bad, but tonally feels more like Slither or Super. This is because Brightburn, originally announced as an “Untitled James Gunn Horror Project”, was produced by Gunn, written by his brother Brian and their cousin Matt, and directed by David Yarovesky, who previously worked on Guardians of the Galaxy.

Josh: I would have known what to expect if I’d known who’d written, produced, and directed it. This totally comes across like a smaller-scale James Gunn movie without the Gunn humor.

Arley: My favorite part was the end with the news clips ’cause it was the whole world reacting to this weird phenomenon. Was more interesting than the rest. And… possibly the most like a comic book.

Josh: With Michael Rooker! He’s another James Gunn veteran. Other than that ending, there wasn’t a lot of scope to this movie, which might have been due to its tiny budget.

Arley: I could say something about blah blah blah evil Superman characters in comics and film, but I kinda feel like this movie hasn’t earned it. Or maybe, really, it’s just not fitting for this. Some of it is a bit like Amazon’s The Boys, which is based on a comic book (Garth Ennis & Darick Robertson). There are several similar scenes and concepts, including one really important and visually graphic moment. The mom has notes of Elisabeth Shue’s Madelyn Stillwell, even down to her looks.

Josh: It takes itself too seriously. Maybe that’s its flaw.

Arley: There’s no tongue-in-cheek, like Slither. I don’t like Roy (Denman) from The Office, his character there was a jerk and his character here is shades of jerk. But nobody did a bad job of acting. I mean, this is a good movie to kill time. It’s a fine streaming movie.

However limited, Brightburn‘s budget was well spent, as most superhero moments and splattergore were convincingly real.

Josh: Do you think the movie was served well with the gore?

Arley: Yes, it’s that class of horror movie. When that guy’s jaw fell off, for example. People who like splatter stuff will like it. Or when Erica (Becky Wahlstrom) pulls the glass shard out of her eye. It goes for the fans huddling together, recapping the gore and saying, “Cooooool!” And it does that, um, pretty well.

Josh: Those were gross scenes. But, I mean, we’ve seen this kind of story or superhero treatment a lot of different ways and I’m not sure this offers much more or anything new. Maybe if they had taken violence to a Verhoeven extreme, to the point of absurdity or satire, then it could be a commentary on how truly horrifying a real super-powered person could be.

Arley: It’s not a deep movie, though. No commentary. Arguably for example The Omen is using horror to explore the unknown or things that terrify us. Concepts around the devil and fear of evil kids. This movie is so basic. When you have kids being the horror, you have to explore either the concept of being in conflict with your kid, or kids being creepy terror, but this isn’t exploring it in that way, it’s just utilizing that trope as a bludgeon.

Josh: For a while I thought it could be a commentary on child shooters — the dad makes a big deal about Brandon not being allowed to own a gun, and then while they’re having a (very weird) talk about sex, the dad is literally holding a rifle. An equally recognizable, and possibly more terrifying, version of this movie could have removed all the superpower stuff and just been about a pre-teen who gets hold of a gun. Then the underlying moral struggle of what to do in a situation like that would have been more concrete. Do you turn him in? Do you isolate him? Do you kill him?

Arley: It’s a problem of the audience outsmarting the movie, or giving it more credit than it deserves. Literally everything they set up they followed up in the most predictable way. It didn’t strive to do anything interesting.

Josh: I said to myself I was going to at least watch it all the way through just to see if Elizabeth Banks was going to kill her kid. But all her actions are just panicked survival mode at the end, which doesn’t give her (or us) any chance to interrogate ethical choices. And what was the kid’s motivation? I was like why is he being evil? And the movie is like, I dunno, puberty?

Arley: Would have been interesting if there was any kind of struggle within the kid. If the dad had been abusive, or if the bullying had been explicit, or if he had been actually possessed by the spaceship.

Josh: Well, hopefully James Gunn saved all his jokes for Guardians of the Galaxy Vol.3! 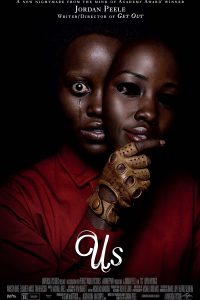 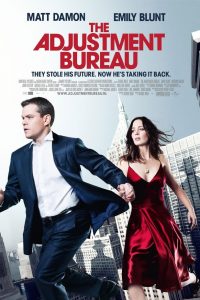 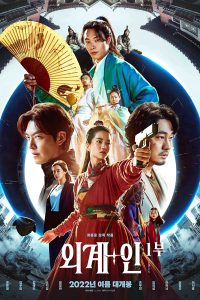 One thought on “Teenagers Scare the Living Hell Out of Me: Arley Sorg and Josh Pearce Review Brightburn”