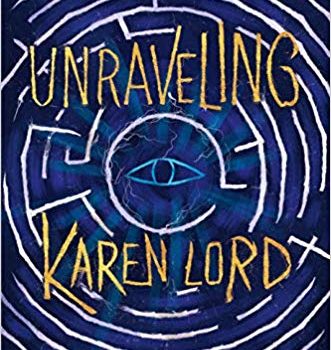 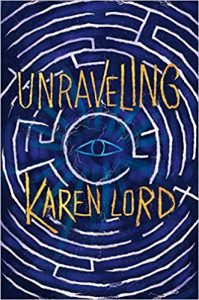 I don’t think it’s giving anything away to note that the final section of Karen Lord’s Unraveling is titled “Metanoia”, since that term has at least a couple of meanings that are relevant not only to the new novel (her fourth), but to the whole body of her work to date. The more-or-less theological meaning, which has to do with repentance or redemption, harks back to the main themes of her award-winning Redemption in Indigo, not to mention important subthemes in what might be called her diaspora space operas The Best of All Possible Worlds and The Galaxy Game. The more clinical use of the term in psychology involves some sort of transformation following a breakdown, and that is pretty much exactly what happens with Unraveling‘s main character, forensic therapist Dr. Miranda Ecouvo. There are spiritual as well as psychological transforma­tions at work in the novel, in which Lord returns from the galaxy-spanning SF of her last two novels to the world of archetypes and folklore that informed Redemption in Indigo. It’s a completely independent novel, though readers of that earlier work will recognize the village of Makhenda and the figure of Paama, whose son Yao – also known as Chance – emerges as another major character facing the consequences of transformation; he’s partly human, and partly one of the supernatural figures called the undy­ing. His brother, known only as the Trickster, is the third central character.

Miranda works for a labyrinthine coastal mu­nicipality known only as The City, about which we learn very little, except that members of its privileged class are called Freemen. As the novel opens, she has aided in the capture of a notorious serial killer named Walther Grey, but soon learns that there may be a good deal more to the case than she suspects. Walking home from work, she sees her exact double step into the path of a speeding omnibus – a terrific opening hook – then finds herself in a literally labyrinthine shadow world, transported there by Chance, who has taken an interest in her investigation for reasons that go beyond those of a simple serial killer. While there, she must negotiate a series of labyrinths that gradually reveal why the mystery is of particular interest to the supernatural world: someone other than Walther Grey is behind the brutal murders. While the identity and motive of the true villain isn’t particularly shocking by the terms of supernatural mystery stories, the means by which they get there is fascinating: Chance and the Trickster can follow memory threads to any particular place and time, so that they can interact with the various victims, who emerge as characters in their own right, and not just a body count.

Lord sets herself some tricky challenges at the outset, which may impede some readers in getting into the swing of the narrative. She has to orient us to two contrasting and unfamiliar set­tings – the City and the shadow realm of the spir­its – while laying out the terms of what in many ways is a police procedural plot, and revealing the tensions between Chance and Trickster and their allies and enemies – especially a power­ful figure called Patience – as well as between Miranda and her colleagues. These are quite a few threads to follow, but as their various con­nections become apparent, and certain relation­ships emerge as central (such as that of Miranda and Chance), the story develops an increasing urgency, both in its more cosmic themes and in the personal challenges of its main characters. Drawing on mystery, fantasy, myth, and family drama, Unraveling finally pays off in satisfying, surprisingly humane, and moving ways. 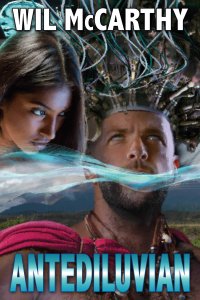