Alameda County Superior Court judge Michal M. Markman ruled in favor of Peter S. Beagle on June 21, 2019 for several claims in Beagle’s civil suit against former business manager Connor Cochran, and awarded Beagle a total of $332,500 in damages. The judge accepted Beagle’s claims for defamation, financial elder abuse, fraud, and breach of fiduciary duty, but dismissed the claims of conversion of assets and elder abuse based on acts resulting in mental suffering. Beagle received $7,500 for defamation and $325,000 for the remaining claims, though there were no punitive damages. Beagle will also be awarded “reasonable attorney’s fees.” The author sued Cochran and his companies for $52 million in 2015, alleging elder abuse (financial), elder abuse (constructive fraud), elder abuse (intentional infliction of emotional distress), elder abuse (physical), fraud, defamation (libel), defamation (slander), breach of fiduciary duty, breach of contract, and other charges. Regarding the “constructive fraud charge,” the judge wrote, “Cochran assisting in taking Beagle’s intellectual property was for a wrongful use and with the intent to defraud Beagle,” and went on to describe Cochran as “an extremely intelligent, articular, overly-aggressive hustler and pitch-man.” Regarding the defamation charge, the Judge wrote that “Beagle has established by at least a preponderance of evidence that Cochran’s statements that Beagle had dementia were false, and Cochran knew they were false when made,” but acknowledged that “Cochran’s statements regarding Beagle’s memory in general, rather than his statements concerning dementia, appear to have been based in fact; they are not actionable…. Beagle has an observable tendency to state things as fact even when he cannot recall the event(s) on which they are based.” On the breach of fiduciary duty charge, the judge wrote, “Cochran obtained an unfair advantage as a result of his work as Beagle’s fiduciary. Among other things, Cochran transferred a substantial amount of money to himself to pay personal expenses.”

Beagle’s other lawsuits, against the Avicenna De­velopment Corporation and Conlan Press, Inc., were stayed when Cochran filed Chapter 11 bankruptcy for those entities on January 4, 2018 (just before the trial was scheduled to begin). The bankruptcy court allowed the trial against Cochran personally to proceed. 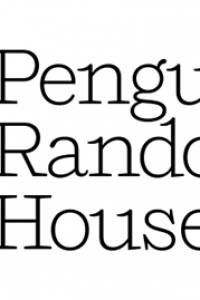