Bestselling author Nora Roberts filed a lawsuit in a Rio de Janeiro, Brazil court on April 24, 2019, accusing Brazilian author Cristiane Serruya of multiple counts of plagiarism. She alleges that Serruya copied text from Roberts and other writers for her novels, which are “a literary patchwork, piecing together phrases whose form portrays emotions practically identical to those expressed in the plaintiff’s books.” Roberts is seeking damages for 3,000 times the highest sale price of any of Serruya’s infringing books. Roberts plans to donate any money she receives to a Brazilian literacy program. Roberts told the Associated Press, “If you plagiarize, I will come for you. If you take my work, you will pay for it and I will do my best to see you don’t write again.”

Serruya, who self-publishes her novels, became notorious online when writers (beginning with Courtney Milan) discovered that numerous passages from their works appeared in barely altered form in Serruya’s books; it even spawned a Twitter hashtag, #CopyPasteCris, with authors sharing examples. Serruya apologized for the copying, saying she was “fooled by some ‘mentors’ and ‘coaches’ who told me that ‘More, more, more, fast, fast, fast.”‘ She also blamed the plagiarism on unspecified ghost writers in an email to Nora Roberts’s publicist. Roberts herself replied, demanding that Serruya “immediately, unambiguously, acknowledge – without excuses” her plagiarism, and “immediately and permanently remove” all the novels that included copied passages. When Serruya didn’t reply, Roberts sued. She has called Serruya “a blood leech sucking on the body of the writing profession” and said, “Arranging for a truckload of salt to dispense with her has been taking up a lot of my time, energies, and sanity. Hopefully, once that’s in place the frustrating and infuriating distraction of her will fade.” Most of Serruya’s allegedly infringing novels have been removed from online retailers, though some remain available.

Roberts has fought against plagiarism before. In 1997 she sued romance writer Janet Dailey for copying some of Roberts’s work in two of her novels, which Dailey blamed on “immense stress” due to her husband’s poor health. They settled out of court, and Roberts donated the proceeds to Literacy Volunteers of America. 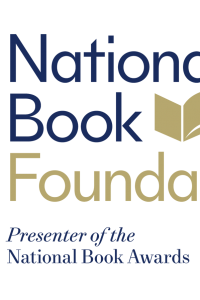