Michelle Sagara was born in, and has spent all her life living in, what is now called Toronto. Her long-suffering husband and two children have learned that there’s nothing terribly mystical or magical about being a writer, although the experience of watching their mother has made imposter syn­drome and lack of critical objectivity about one’s work seem completely normal.

Reading is one of her life-long passions, and she is sometimes paid for her opinions about what she’s read by the venerable F&SF. When not reading, she writes – as both Michelle West and Michelle Sagara – which she has done since 1987, although the first book wasn’t published until the end of 1991.

You recently sold the 14th and 15th volumes of the Chronicles of Elantra, started 13 years ago. Tell us about the series.

The City of Elantra is, like many modern cities, a large and vibrant urban landscape. It has the requisite large trees in older areas, and buildings which are of Historical Interest and therefore subject to zoning by-laws that would make your eyes bleed if you had to read all of them.

A variety of different races call Elantra home, with the resul­tant racial tension and fears; colour isn’t as much of a problem for Elantra as species, because humanity isn’t the only race in the city. Immortal dragons and Barrani, winged Aerians, fanged and furred Leontines, all live within the city boundaries.

Elantra has lawyers and a large bureaucracy, but the city also has a police force. That the head of government is an Emperor – and also a Dragon – is a minor consideration, unless you’re on the wrong side of his laws, in which case, it’s probably more messy.

Encouraging people to stay on the right side of those Laws are the Hawks, one third of the force tasked with keeping the peace. Private Kaylin Neya is a member of the Hawks; along with her partner, Corporal Severn Handred, she patrols the City in an attempt to keep it safe. She’s at home in the rougher streets of Elantra, because that’s where she started.

Kaylin is the main character of the series, and the books involve her attempt to more-or-less do her job. But in a world where magic and magical beings exist, the job isn’t quite as mundane as she’d like it to be on most days….

Did you have the whole series planned from the start?

I have the ending planned, and had it planned from the start. But my intent with the Cast series was to structure it more as a continuing television series than as an -ology. I know that some people love world building (I know two authors who, for fun when current projects are hugely stressful, begin by mak­ing maps. One uses Campaign Cartographer, which is not anyone’s definition of user friendly), but while I will do it, it’s not what I do for fun.

I started out with a handful of stories that I wanted to tell in the most general of terms. An Aerial book. A Leontine book. A Barrani book. A Dragon book. The ending. (Side note: I’m not a great outliner. For the most part, for me, outlining kills the book. I’ve done a submission outline exactly once in my life, and this taught me that it is better by far for me to just finish an entire novel and submit that. I have a huge amount of envy for people who can outline, but have learned that I’m just not one of them. Even having a very general outline for a series of books (The Queen of the Dead) meant, in the end, writing book two from page one four times; I only finished that book when I finally realized that the event that had been my intended closer was… never, ever going to happen. And then, I just wrote the book.)

Having said that, I knew that I had the freedom to write the books I wanted to write, and while writing those handful of very loose ideas, other ideas took root, grew, and became books. And: I could let them.

What particular advantages or pleasures does working in the same universe offer you as a writer?

The best thing about working in the same universe – for me – is the charac­ters. Because there’s no must-finish-by-book-number-X stricture, it means that as characters open up and unfold, I can follow their stories. Little things from earlier books can eventually become books in their own right.

Cast in Peril became Teela’s book. That wasn’t planned; what I’d planned was something different. But there’s a flow to writing and a flow to story, and – again for my process, because no two writers I know have the same processes – that story resides in character; the plot follows characters. So my intentions would be like an outline (but never written down). I think, “this is what the book will be about.” But very often, once I start the book, it veers wildly. I do know the end. I don’t always have a clear path to that end, because the path I had gets trampled into invisibility when I write actual, book words.

When I was drafting Peril, I knew what the next book would be about. It would be about Kaylin having to deal with real life, not work. This didn’t happen. What happened instead was Cast in Sorrow. And because of the ending of that book, I now had an entirely different set of problems for Kaylin and the Hawks. The book I thought I’d be writing, I tried to write, but because of the consequences of Sorrow, everything had changed. The situation in which Kaylin found herself hadn’t; the difficulties she had to handle had.

Cast in Deception also comes directly out of the consequences of the characters that arrived in Cast in Sorrow, which turned my quiet little novel, Cast in Flame – in theory a more mundane book about having to find a new home, which meant landlords, among other things – into something much more explosive.

All of this is possible in a continuing series. If each book has a story arc, the characters aren’t confined by it.

The thing I love best about the continuing series and characters is that I can take the time around events to develop those characters, to grow them.

Should readers start with book one, or are there other possible entry points?

I’m going to quote Liz Bourke here. (She’s speaking about Cast in Shadow, the first book in the series.)

This isn’t a good place to start the series: I’d advise any newcomers to start with the second book. (The first is good, but it has more of a fantasy romance feel than is actually true of the series.)

Since I wrote the books, I cannot ever read them as a reader. I think there’s relevant information in the first book about some of the characters that continue – but I do feel that people coming to the series from the first book might expect more romance. Romance is hard. Or at least it’s hard for me. I don’t objectively always understand how it works, and because I don’t, while I can read romance and love stories, they don’t filter down into the grit that is my writer loam. I can write couples, because that’s also bedrock to me – but how they became couples remains a bit out of reach.

So…for me to write actual romance, I would have to make entirely intellectual decisions, and I would have to force the book and characters to conform to those decisions. And my process makes that a book-killer.

That is a digression. It’s fine to start at the first book, but if the romantic ele­ments are what you like best about it, you probably won’t love the rest of the series that follows.

Characters, honestly – or at least that’s why I do. I read series books because I’ve grown fond of the various characters in them, and I’d like to know more about their lives going forward. It’s not just about the story, or the continuing story, but about the people themselves.

That said, I like to see the consequences of various decisions; I like to see the way those decisions play out in later books. I’m not really approaching this as a writer, but as a reader, because reading was the first activity I truly loved as a child, and it’s still incredibly important to me.

I have just worked out the title of the next Cast novel. It’s Cast in Oblivion. For those who’ve read the series, it takes up almost exactly where Cast in Deception ends.

This interview and more like it in the April 2018 issue of Locus. 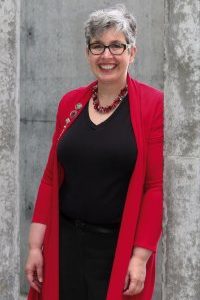 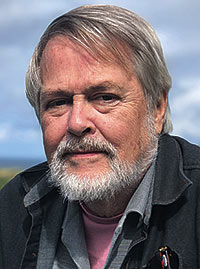