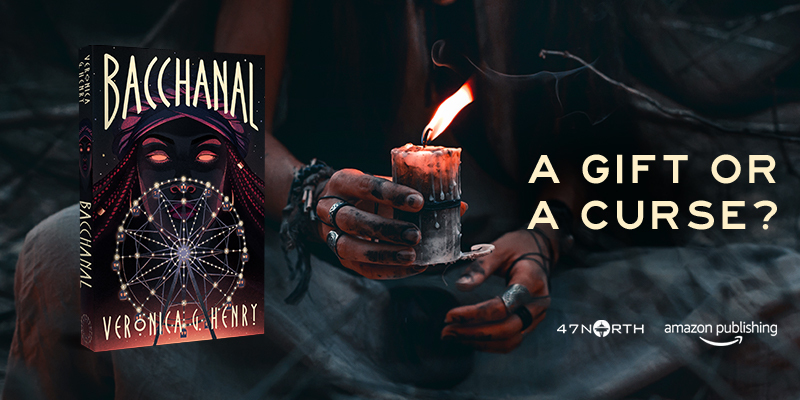 Bacchanal is a richly imagined historical fantasy. Tell us a bit about the book: the world where it takes place, and the characters who inhabit that world.

Bacchanal is set against the backdrop of The Great Depression and culminates with the Oklahoma Dust Bowl. At the center of this maelstrom is an unusual young woman, Eliza Meeks. She’s alone, ostracized and struggling to navigate her reality – a family that abandoned her and a fickle, capricious magical gift.

In a desperate bid to escape this go-nowhere existence, and possibly find her little sister, Liza joins a traveling carnival that roams the American south.

Our protagonist finds herself amongst a cast of characters even more odd than herself, but eventually begins to feel at home. Her reprieve is short-lived, however. Liza discovers the truth behind what powers Bacchanal — an ancient evil that feeds on the most vulnerable. Liza must learn to control her gift in order to stop it.

Your novel is set in the Depression-era South, and includes elements of African folklore, Black American culture, and carnival lore. Talk about what drew you to those subjects, and about your research process.

Many of my summers were spent with family in South Carolina. I can still visualize some of the old photographs my grandmother kept. Images of my mother, of aunts, uncles, my entire extended family. And what struck me about those images was that even amidst some extremely difficult circumstances, there were smiles. Good times. Even as a kid, I was struck by their strength and resilience.

My research included a slew of non-fiction texts about the Depression, folklore from both continents, and history. There was also a now defunct carnival website that had tons of information, carnie lingo, and old photos. Those pictures told stories all their own. And finally, I studied fiction that straddled the lines between the real and the fantastic, authors like Gabriel García Márquez, Helen Oyeyemi, and Nalo Hopkinson.

Bacchanal is your debut novel. Can you describe your journey from aspiring writer to published author?

I’ve seen many writers I admire gaze skyward and reminisce, speaking fondly of always knowing they’d become an author. Of penning their first drafts in crayon. It stings, but I wasn’t one of them. I was, however, a voracious reader and I consider that my training ground. I penned three woefully unpublishable novels before I wrote the first draft of Bacchanal in 2012. I’d re-read Ray Bradbury’s Something Wicked This Way Comes and pondered what a spin on that novel would look like, told from my perspective.

I understood intuitively that that first draft wasn’t ready. I simply wasn’t skilled enough to write the novel I wanted at that stage of my career. So, I did what any self-respecting author would do and I wrote something else. Bacchanal’s characters kept whispering to me though, and eventually drew me back to them. With the help of mentors, friends, and a dash of luck, I landed an agent. But that was just the beginning. We did extensive edits on the manuscript and finally sold Bacchanal several months later.

I wrote Bacchanal as a standalone novel, but I’ll always keep the door open in case another character wants to waltz in, sit down, and chat seriously about their future.

In addition to novels, you also write short stories, with SF and dark fantasy appearing in Fiyah. Do you prefer one form over the other? What are the advantages and disadvantages between them?

Hands down, I prefer novels. There’s just so much more space to develop a world and interesting characters to populate it with. But that’s not to say that I don’t enjoy short stories. In fact, I love the format and because you have to work in such a constricted space, a great short story is for me, even more difficult to write. The good thing is, short stories often prove to be fertile ground for a longer piece of work. I write fewer stories these days, because deadlines, but I’ll never give them up.

Who are some of your literary influences or inspirations?

There are way too many to name, but here are a few: Octavia Butler, Toni Morrison, Walter Mosley, Neil Gaiman, Sheree Renée Thomas, Ben Okri, and P. Djèlí Clark.

First, I want to express my gratitude for every single reader. And finally, my second novel is tentatively scheduled for release in early 2022. This one is a modern-day fantasy set in New Orleans, with another fierce, magic-wielding protagonist. Sign up for my newsletter at veronicahenry.net for the latest.

Veronica G. Henry was born in Brooklyn, New York, and has been a bit of a rolling stone ever since. Her work has appeared in various online publications. She is a graduate of the Viable Paradise Workshop and a member of SFWA.

Veronica is proud to be of Sierra Leonean ancestry and counts her trip home as the most important of her life. She now writes from North Carolina, where she eschews rollerballs for fountain pens and fine paper. Other untreated addictions include chocolate and cupcakes. For more information, visit www.veronicahenry.net. 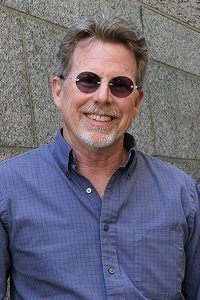