What is more important in historical fiction: factual accuracy or dramatic effectiveness? As with almost all questions pertaining to the art and business of publishing, the most truthful answer is “it depends.”

For starters, the expectation of factual accuracy is often higher for “serious” literary historical fiction than it is for its speculative cousins, alternative (or “alt”) history and “secret” history. For those who aren’t familiar with those two subgenres, alt-history tends to hinge upon the premise of changing the outcome of a pivotal moment, or altering the fate of a significant individual, and then logically extrapolating how that alteration might have shaped the subsequent flow of history. Secret-history stories propose the idea that mysterious events and unknown forces have helped to influence and shape the history we take for granted.

One of the greatest challenges of writing alt-history is the need to extrapolate plausible outcomes from seemingly small or isolated deviations from established fact. By contrast, the hurdle faced by many secret-history tales is the need to integrate a plausible new narrative into known history without contradicting established facts or impairing the story’s verisimilitude.

Sometimes facts serve a story’s needs and are easily folded into the narrative. Such moments can feel like blessed serendipity when they occur without forethought. For example, during the writing of my just-released World War II-era fantasy novel The Midnight Front, I needed to facilitate the travel of my main character from the south of Spain to far behind German lines in early November of 1943. It was fortunate, then, that my dramatic need coincided with a documented major Allied deployment out of Gibraltar on November 9, 1943. Overjoyed, I made use of the facts and felt quite pleased about it.

But what happens when facts conflict with one’s storytelling needs?

It depends upon the story. Writer-director Quentin Tarantino didn’t seem to give a damn about respecting historical accuracy when he made his 2009 feature film Inglorious Basterds. He played fast and loose with the chronology of World War II and the Holocaust, and he seemed to figuratively thumb his nose at reality in the name of a long-overdue revenge. The most obvious example, of course, is the assassination of Hitler by arson in the film’s finale. The film’s climax represents a complete break with the facts of history, but it serves an artistic purpose: it surprises the audience and gives the story a satisfying ending. In hindsight it becomes clear that Tarantino’s dramatic goal for Inglorious Basterds was not authenticity but catharsis.

But what if one is trying to not run afoul of history?

It helps to know in advance that not all facts are created equal, and this is never more true than when historical details about war are incorporated into fiction. Some facts remain freighted with the pain of entire generations even decades after those conflicts have ended. 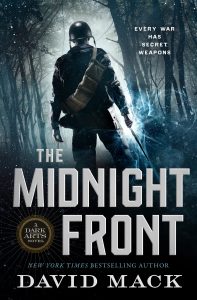 This was on my mind as I folded many real historical events into The Midnight Front. Some I felt were open to mild manipulation; others clearly were not. As an example, when I included the sinking of the S.S. Athenia, I respected certain key details: it was torpedoed by U-38 of the Nazi Kriegsmarine at 7:03 p.m. on September 3, 1939. There were several deaths, including a number of American civilians. After the incident provoked international outrage, the German High Command claimed the sinking of the ship had been an accident, a case of mistaken identity by U-38’s commander, Oberleutnant Lemp. All of these details I preserved.

I also added a demon in the water that eats and sinks a couple of the lifeboats. This seemed to me like a fair compromise: I got the magical duel I needed for my story while holding the Nazis accountable for their role in sinking the ship. Because many people today no longer know of the Athenia, its sinking is not an event that comes with particular emotional baggage.

I didn’t dare veer so far from historical fact, however, when I chose to depict the murder of Jews at Babi Yar ravine in Kiev, as seen through the eyes of one of my book’s Jewish characters, a young mage named Stefan. Although he uses magic to save himself and escape from Babi Yar, I based my depiction of the massacre on survivors’ first-hand accounts, and I insisted to my editor that we not sanitize or soften its horrors in any way. I was willing to tone down certain types of violence in fictional portions of the book, but I wanted the truth about Babi Yar—one of the most horrific of the Nazis’ crimes during World War II—to be told as it had happened, in all its ugliness and terror, so that people never forget what fascism really looks like.

My feeling then and now was that, as tragic as the sinking of the Athenia was, it was not one of the great crimes against humanity. Babi Yar was. Consequently, any fictionalized depiction of the latter has no room for error.

Where is the line, then? Does a depiction of the D-Day landing have to meet the same standard of accuracy as one of the bombing of Dresden? The former event is more thoroughly documented, that much is certain. As a result, the D-Day landings have many more details over which I as an author can trip and embarrass myself. (That said, I feel confident that I did my homework and got my facts right.) In comparison, the Allied firebombing of Dresden, a picturesque city on the River Elbe, looms large as a horror. There is less documentation about that deadly night in February 1945, but it is a far more perilous subject matter to fictionalize because of the brutality that was inflicted from the air upon nearly defenseless civilians.

Bending a few small facts about the D-Day landings and blaming the discrepancies on the “fog of war” is, I would think, probably more acceptable to most readers than would be misrepresenting something as terrible as the Dresden bombing. I was willing to sink one Higgins boat (an amphibious landing craft, or LCA) that in real life probably made it ashore because its loss served the story without altering the overall perception of the event.

In contrast, I would not have whitewashed the nightmare of Dresden or absolved the Allies of blame for the bombing, even if I had thought it might benefit my book’s narrative to do so (which I did not). The enormity of the massacre in Dresden was so sickening that I wanted it to stand as a grim reminder of how war makes hypocrites of heroes and villains of statesmen.

Whether my depictions of those moments is successful or not isn’t for me to say. I did my best.

For as long as I’ve been writing stories, I’ve strived to show readers something true, whether it’s about my characters, the world, or life itself. If I can express a truth in fiction by using facts, I will—but sometimes the only way to speak a difficult truth is to cloak it in a beautiful lie. 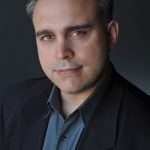