Urban fantasy novel, sixth in a series following Midnight Riot (UK title Rivers of London), Moon Over Soho (both 2011), Whispers Under Ground (2012), Broken Homes (2013), and Foxglove Summer (2015), about a London police officer who can speak to the dead.
• Orion’s site has this description.
• Amazon’s “Look Inside” function provides previews.
• The US edition is due January 31, 2017.

Humorous space opera novel, second in a series following The Long Way to a Small, Angry Planet (2014), about a young woman who joins the crew of an aging starship.
• The earlier book was a finalist for the Arthur C. Clarke, British Fantasy, and Kitchies awards.
• The publisher’s site has this description.
• The US paperback edition is due March 14, 2017.

Historical fantasy novel, based (according to the review by Ian Irvine on the Amazon page) on the Wars of the Roses, as is George R.R. Martin’s Song of Ice and Fire novels.
• Dedalus’ site has this page for the book.
• No US edition is currently scheduled.

Fantasy novel, fifth in a series following The Year of Our War (2004), No Present Like Time (2005), The Modern World (2007, US title Dangerous Offspring), and Above the Snowline (2010), about the people of the Fourlands battling alien Insects.
• Orion’s site has this description.
• No US edition is currently scheduled.

Page counts are based on publisher or Amazon listings, and typically only approximate the bibliographic page counts of finished books. 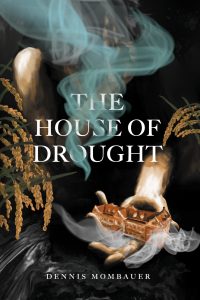 Cover Reveal: The House of Drought by Dennis Mombauer

SF in SF hosted Garth Nix, on tour with new novel Angel Mage, at the American Bookbinders Museum in San Francisco on October 2, 2019. Coordinated by Rina Weisman and moderated by Terry Bisson, the event featured readings and signings, a Q&A session, a full bar, and time to mingle. Books were available for purchase thanks to Borderlands Books; Tachyon Publications sponsored the event. Proceeds went to the museum. For