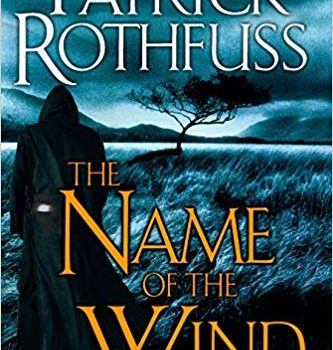 The Locus Bestsellers for March include top titles Gideon the Ninth by Tamsyn Muir, The Name of the Wind by Patrick Rothfuss, The Fifth Season by N.K. Jemisin, and Star Wars: Master & Apprentice by Claudia Gray.

The race to the top of the hardcover list was tight this month, with less than a handful of votes separating first place from fourth place. Tamsyn Muir’s Gideon the Ninth squeaked out a win, just edging out our tied, second place finishers A Brightness Long Ago by Guy Gavriel Kay and The Starless Sea by Erin Morgenstern. A Trick of Light by Stan Lee & Kat Rosenfield (Houghton Mifflin Harcourt), part of the Alliances Universe, was our new runner-up. We had 49 nominated titles, down from last month’s 52.

On the paperbacks list, the top two held steady, with The Name of the Wind by Patrick Rothfuss and Dune by Frank Herbert remaining in first and second place respectively. Our new runner-up was The Cloud Roads by Martha Wells (Night Shade), book one in The Books of Raksura series. 51 titles were nominated, up from 47 last month.

Old favorites returned to the top of the trade paperback list, with N.K. Jemisin’s The Fifth Season claiming the number one spot followed by The Three-Body Problem by Cixin Liu. There were no new runners-up. We had 56 titles nominated, down from 75 last month.

Star Wars swept our media and gaming-related books list this month. Claudia Gray’s Star Wars: Master & Apprentice captured first place with a substantial lead over Timothy Zahn’s Star Wars: Heir to the Empire in second. There were no new runners-up. We had 16 nominated titles, down from last month’s 21.

The “Enchanted: A History of Fantasy Illustration” exhibit, featuring pivotal works of science fiction and fantasy art from greats of the field both past and present, is on view at the Norman Rockwell Museum in Stockbridge MA from June 12-October 31, 2021. Bob Eggleton said, “It is truly a pinnacle for fantasy art to be recognized in such a venue. Curator Jesse Kowalski brought it all together.” For more information