Young adult fantasy novel, companion to The Cats of Tanglewood Forest, with color illustrations by Charles Vess.
• The earlier 2014 Little, Brown hardcover edition was a revision of a 2002 Subterranean edition.
• Hachette’s site has this description with a preview function.

Omnibus of three early Delany novels: The Jewels of Aptor, The Ballad of Beta-2, and They Fly at Çiron, first published in 1962, 1965, and 1993 respectively, though an earlier version of the last title appear in 1971 in F&SF (co-written with James Sallis).
• This volume also has a new foreword by the author, and a 40-page afterword recalling how the books were written and published.
• Penguin Random House’s site has this description with a preview function.
• Publishers Weekly gives this a starred review: “All of the novels are excellent and must-reads for anyone interested in science fiction, and the additional autobiographical notes in the afterword add a wealth of material for Delany’s fans.”

Fantasy novel, third in a series following The Knight of the Swords and The Queen of the Swords (both 1971, both recently reissued by Titan), about Prince Corum, one of the many incarnations of Moorcock’s Eternal Champion.
• Titan’s site has this description.

First unabridged translation of the author’s 1895 novel L’Île à hélice, which had earlier English-language versions in 1896 and 1965 (SFE). This version is translated by Marie-Thérèse Noiset and has an introduction by Volker Dehs.
• The publisher’s site has this description. 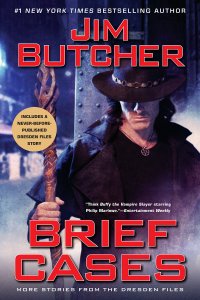 Zoe Khaw Joo Ee was born August 31, 1984 in Kuala Lumpur, Malaysia, but has gone by Cassandra Khaw for the past 20 years. Khaw lived in Malaysia until age 25, then spent ten years traveling before settling in Montreal, Canada. Khaw worked as a journalist and video game writer in addition to writing fiction, and is currently a senior scriptwriter at Ubisoft Montreal. Khaw began publishing short fiction in