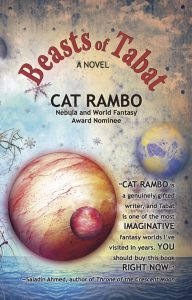 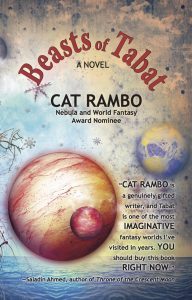 I was lucky enough to be at Emerald City Comic Con this weekend, and one of the highlights was a panel on diversity, with fellow panelists Jamie Ford, Ramon J. Terrell, Garth Reasby, and Sarah Remy, moderated by Anna Alexander. It wasn’t the only panel on diversity–there were, by my count, four panels that touched on the topic over the course of the three day con.

I wanted to share a few of the points that came up, because it’s a conversation that’s been going on for decades, as someone noted on the panel, and it’s something that is deeply interwoven into the nature of speculative fiction itself.

1. Diversity is about having more stories. Not fewer. Not swapping out a new lot for the traditional, mainstream narratives, but adding to them. Bringing in the mythologies, the tropes, the figurative language of more cultures, more viewpoints. For anyone who’s ever complained about the sometimes tired nature of “the Chosen One” plotline, this is the wellspring that will bring new energy, new life. Because stories start affecting each other. They start creeping into each other’s plot holes and wandering off to talk about mashups. Others engage in loud conversations with each other, sometimes even shouting matches. And in the meantime, the virtual room that is the field of speculative fiction keeps expanding in order to hold them all.

2. Yes, it can be worrisome to know that you might put a foot awry or offend someone. But if you are working with sincerity, respect, and a willingness to admit it and change course when you inadvertently steer into someone’s sensibilities, will serve you well. You have allies in this, and one of the biggest ones is the Internet, with its wealth of self-expression from a wide range of people. It’s okay to ask for help, but don’t treat the person as though they’re putting the official stamp of approval on the piece for whichever group or groups they fit in. And it’s okay to be wrong sometimes. You learn from it. You do better the next time. That’s part of being human.

3. This is important stuff, and one of the things that makes it important is the howling knee-jerk internal response that happens when you realize–or someone points out to you–that something you’ve said or written is racist. Or sexist. Or transphobic, or any of a number of categories that the majority of us very much don’t want to be placed in. But it’s what’s been said that’s  important, that needs to be recognized and addressed. To take it personally, to truculently declare that you’ll never write from other viewpoints because it’s too hard to get it right, is childish and unworthy of a writer. This is how people learn, and sometimes yes, it’s a painful process. To find a piece of yourself you’re not fond of or dislike is a tremendous gift from the world to a writer, because it lets the writer dissect and analyze it in order to write about where it comes from.

Make art out of everything, not just the pre-approved stuff. Don’t be afraid to make it, and don’t be afraid to admit when it has flaws. Diversity’s not a straitjacket; it’s the key that lets you out of one.

Cat Rambo lives, writes, and edits in the Pacific Northwest. Her work has appeared in such places as Asimov’s, Weird Tales, and Strange Horizons. She was the fiction editor of award-winning Fantasy Magazine (http://www.fantasy-magazine.com) and appeared on the World Fantasy Award ballot in 2012 for that work.

John Barth described Cat Rambo’s writings as “works of urban mythopoeia”–her stories take place in a universe where chickens aid the lovelorn, Death is just another face on the train, and Bigfoot gives interviews to the media on a daily basis. She has worked as a programmer-writer for Microsoft and a Tarot card reader, professions which, she claims, both involve a certain combination of technical knowledge and willingness to go with the flow. In 2005 she attended the Clarion West Writers’ Workshop and is a member of the Codex Writers Group.

In 2007, her collaboration with Jeff VanderMeer, The Surgeon’s Tale and Other Stories, appeared, while her first solo collection, Eyes Like Sky and Coal and Moonlight, was published in August of 2009 and was an Endeavour Award finalist. In 2012, her collection Near + Far appeared from Hydra House as well as a novella, A Seed Upon the Wind, as part of the Fathomless Abyss collaborative project. Her story “Five Ways to Fall in Love on Planet Porcelain” is a 2012 Nebula Award finalist.