There are several works of genre interest among the 2015 Edgar Awards nominations:

“What Do You Do”, Gillian Flynn, Rogues (Del Rey)

As previously announced, Lois Duncan has been named a 2015 Grand Master, along with James Ellroy. Hard Case Crime co-founder and editor Charles Ardai will receive the Ellery Queen Award.

The Edgar Awards will be presented April 29, 2015 at the Grand Hyatt hotel in New York.
For more information, including the full list of nominees, see their official website. 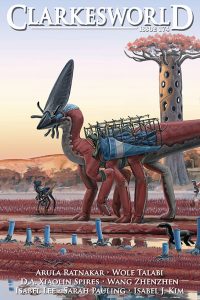