Nathan Ballingrud has no Wikipedia entry, nor celebratory professional homepage. His personal WordPress blog was last updated, as of my recent knowledge, in February 2013, when he spoke briefly and modestly of the book under our gaze today, his first standalone publication. I cannot tell you how this humble, non-boastful stance impresses me, in this day and age of loud self-acclaim by those of little accomplishment. It speaks of resources reserved for inner meditations and the man’s own art. Of course, Ballingrud’s low profile would mean nothing if he were not such a fine writer, worthy of all the acclaim he declines to heap upon himself. And with his chosen métier of short stories, he further distances himself from the headline-seeking trilogists.

With its similar emphasis on non-showy quality, Small Beer Press makes a great host for Ballingrud’s stories, and they have produced a handsome volume that will form an essential part of any survey of 21st-century fantastika.

From the first entry here, the reader finds a Sturgeonesque focus on primal moments of intense emotion—skewed into strangeness, but still recognizable—and on deeply rendered characters, with a vital, thematically resonant nucleus of the fantastic propelling the action.

“You Go Where It Takes You” finds a burly drifter named Alex intersecting with a single-mom waitress named Toni. The strange cargo Alex carries in his stolen car knocks Toni’s unsatisfying life scarily out of its rut. But when the narrative shifts to Gwen, Toni’s daughter, the ripples from the intersection of forces instantly spirals outward in surprising fashion.

“Wild Acre” charts the fallout on a hapless fellow named Jeremy from an uncanny night of slaughter. Ballingrud’s fascination with violence and derangement never veers into splatterpunk excess. “His head knocked the mantel on the way down, leaving a bloody postage stamp on the white paint.” Subtle, and more effective than any hundred scenes of SFX gore.

Channeling the creepy ambiance of early Ian McEwan and current-day Brian Evenson, Ballingrud plunges us into the confused, chaotic life of a young New Orleans man named Nick, in the long tale “S.S.” With a crippled, mentally unstable mother to care for, a dead-end job and a lack of friends, Nick finds himself getting involved with white supremacists. His turbulent, scattershot life seems at once psychologically inevitable and a purely adventitious reflection of his circumstances. One of the hate group, a woman named Trixie, allures him into a test of his commitment, a rite of passage which goes into unexpected Flannery O’Connor territory.

Appearing in an anthology of Lovecraftian tales, and co-authored with Dale Bailey, “The Crevasse” evokes a more eldritch type of cosmic malaise. A post-WWI expedition to the Antarctic runs into what is surely the most gorgeously evoked Cyclopean ruins of recent literature. A small sample: “The place was vast: walls of naked stone climbing in cathedral arcs to the undersurface of the polar plain and a floor worn smooth as glass over long ages…” As with all of these tales, the denouement is not what cliché or convention would predict.

A plague of horrific, repellant “angels” is underway in “The Monsters of Heaven.” That this infestation exactly jibes in enigmatic yet utterly harmonious ways with the traumas and travails of a married couple named Brian and Amy, whose son Toby has been previously abducted into oblivion, is a trademark of Ballingrud’s approach. He does not write overbearing allegories, but instead fashions strange synchronicities that allude to more than the humdrum recitation of the patterns involved, in an almost Ballardian way sometimes.

Any reader sick of clichéd vampires will perk up at Ballingrud’s treatment of bloodsuckers in “Sunbleached.” A lad named Joshua has given a solar-stricken vampire lodgings in the crawlspace below the family home. The intimate seduction waged by the predator is met with Joshua’s own eager willingness to be subverted. Servitude is a two-way street.

The title story offers us another dysfunctional man-woman-child ménage, as in the first piece. Fresh out of prison, Grady tries to reconnect with wife Tina and adolescent daughter Sarah. But the presence of a luminescent, beached, rotting (or still alive?) something near their home imbues their interpersonal relations with the secret disaffections they have long been harboring. This one might make you recall Michael Shea’s horror stories, with Ballingrud’s own unique stamp.

Harlan Ellison or Tim Powers would have been proud to write Ballingrud’s ghost story titled “The Way Station.” A street person named Beltrane, fleeing from the aftermath of Hurricane Katrina, finds himself haunted in a peculiar way. As a friendly pastor diagnoses, Beltrane is infected “with streets winding through your body…with lamps in your eyes…with rain blowing out of your heart.” But such ghosts are multivalent, and perhaps not entirely uncompanionable.

Finally, a piece original to this volume, “The Good Husband,” charts, with Robert Bloch stylings, the descent of one very flawed husband into a nauseatingly physical kind of decaying marital hell.

Ballingrud’s prose throughout these stories is muscular yet poetic, fierce yet compassionate. It strikes me that if he had been writing in the 1950s, he would have been another Jim Thompson, turning out bleak paperback originals that might go ignored by critics, but would later be heralded as existentialist masterpieces. As the marketplace and genre stand today, he has happily found a home where he can share a crepuscular crawlspace with other brilliant misfits, such as his illustrious peers in the VanderMeer’s copious anthology, The Weird. The next installment of that project should lead off with a Ballingrud, for sure! 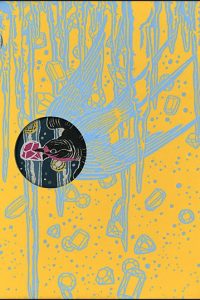 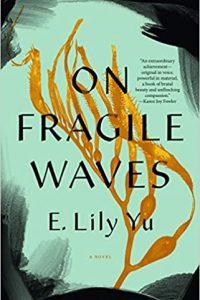