Of course, the individual publication of this story, the audio production of this story, and the Amazon Prime film based on this story all came out February 2, 2021. This trapped-in-a-time-loop YA fantasy and its author pay explicit homage to Groundhog Day and several similar works. In this instance, teenage nerd Mark realizes that he is repeating a hot August day in his Boston suburb and decides to do what a lot of Locus subscribers would do: Spend his time reading all the science fiction books in the local library. He doesn’t get very far – he’s still on Douglas Adams – when he realizes that there’s someone else aware of the time loop, fellow teen Margaret. The two of them become friends as they explore their situation and learn to find beauty in it. But when Mark tries to pursue a more active way out of their apparent trap, he realizes that Margaret might have her own reasons for remaining.

As Michael Crouch demonstrated in Victoria Lee’s The Fever King, he can absolutely deliver a believable American teenage boy voice. (Thank­fully, there were no pronunciation challenges in this story to trip him up.) I very much enjoyed his depiction of Mark, a sweet nerd who’s open to learning that the world (in this case, practically literally) does not revolve around him. Ultimately, this is a fairly slight, but pleasant, story in well-traveled territory. Frankly, the most interesting part was an afterword voiced by Grossman him­self, in which he tells the history of the various versions and formats of the story, transitioning from a political thriller time-loop TV series to a YA romantic story adapted into a film. It’s a great peek behind the scenes of the creative process. 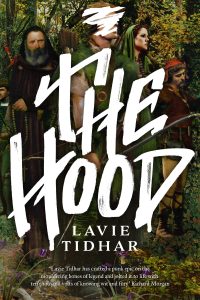