With a handful of short stories behind her, Deb Taber now steps forward with her debut novel, Necessary Ill. It’s a deliberately transgressive offering, in a low-key manner befitting its main protagonist, Jin, who is a dispassionate (though not empty-hearted) and gender-free being called a “neut,” whose self-referential pronoun of choice is “it.” But besides pushing lots of hot buttons in a deft, dramatic and calculating manner, Taber’s book strikes me also as a meta-commentary on a certain SF classic and its central trope, a critical reading of an accepted and beloved belief from within the genre.

But first, before investigating any subtext, let’s look at the surface of the book.

The time is roughly mid-twenty-first century, and the Earth is in the midst of that trendy near-future scenario I like to think of as “Basic Bacigalupi.” Overpopulation; desperate conservation measures and low-tech kludges; heightened inequality; breakdown of society; not enough food; and so forth. But what makes Taber’s version different is that one faction, the Network (composed entirely of neuts like Jin), is striving to improve things in secret, by lessening the human burden on the environment. Not in the goody-two-shoes way you might expect, though. The tool of choice of these progressive technocrats is ingenious bioengineered bugs which are manufactured with an eye toward equal death for all who encounter them. “The Network’s plagues are designed to break evenly across racial, religious, social and economic barriers—or balance each other out if the balance can’t be achieved in the same spread.” (“Spread” being the term favored by the neuts for a given contamination campaign.)

At first the reader might regard this qualification as parodic, the extension of equal rights even to mass murder. But the neuts—if not the author herself—are entirely serious about this stipulation, having their own cold morality that guides them.

The lack of sexual apparatus is the least of the modifications enjoyed by the neuts (who are born naturally, here and there in the homo sap population, rather like X-men mutants). They think faster, have heightened senses, can run simulations of other entities in their heads (“ghosting”), and can control autonomic functions of their bodies. And they are unplagued by emotional storms. (Although how much you endorse Taber’s Seinfeldian notion that no sex preoccupation equals big brains is up to you.)

So, thanks to Taber’s impressive skills, the reader becomes immersed immediately in an extremely alien viewpoint (think of Wells’s “minds that are to our minds as ours are to those of the beasts that perish, intellects vast and cool and unsympathetic”), a viewpoint that forces him or her (or it) to question all the received wisdom of our culture and society, in the manner of the best science fiction. Are we for the neuts, or horrified at their temerity and callousness? Can humans, after screwing everything up, even morally judge them at all? What is the alternative to their actions if the planet is to be saved?

Leavening this alien context is the plight of a human girl named Sandy, age eighteen. Orphaned by a brutal assault, she is rescued by a neut named Tei and granted admission to the secret Network facility which is hidden in the unexplored depths of Carlsbad Caverns. How Sandy relates to Jin and the others, including some anomalous artist neuts, forms the illuminating counterweight to the alien portion of Taber’s novel.

What Taber’s surface tale resembles is a blend of James Tiptree’s famous genocidal fable “The Last Flight of Doctor Ain” mashed up with Michel Faber’s novel Under the Skin, in which an alien masquerading as a human female relentlessly harvest humans for food. And when you factor in Sandy’s grokking-the-Other thread, elements of Le Guin’s The Left Hand of Darkness or Karen Lord’s The Best of All Possible Worlds seem to emerge as well. It all makes for a rich and provocative reading experience that blends the cerebral with the emotional.

The subtextual metacommentary I detected in my reading of Taber’s effectively disconcerting novel can be summed up in one twisted phrase: Neuts are Slans.

For almost the whole existence of genre SF, the foundational myth of homo superior—and the equivalence of homo superior to fandom—has lurked beneath so many tales. Taber seems to be intent on shoving our face into the possible unsavory reality of the next stage of human evolution. What if the “slans” are not high-minded and gentle, not the persecuted but the persecutors? How then can we idolize or emulate them? In another way, the Home Cavern existence of the neuts recalls Frank Herbert’s depiction of an insect humanity in Hellstrom’s Hive, another repudiation of the notion that “more advanced” equals “more noble.”

Ultimately, Taber offers us a keen portrait of a new kind of Stapledonian Odd John, and invites us to empathize or be repelled—or both in equal measures—depending on our own definition of humanity. 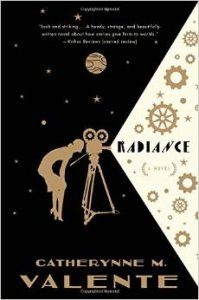