Discussing the new sequel to his 2007 debut The Name of the Wind in a Locus interview last August, Patrick Rothfuss said ‘‘I’d like to find out how many normal-sized books The Wise Man’s Fear would equal in terms of wordcount (I’m guessing it’s at least three).’’ Name, first in fantasy trilogy The Kingkiller Chronicle, was hardly a slim volume, but you could read it in one or two days. The new book might require twice that or more, so the four-year gap between the publication of opener and sequel makes sense. Was the wait worth it for the reader?

I’d answer that with an emphatic yes, crediting Rothfuss’s undiminished ability to transmute what looks like just another ‘‘doorstop fantasy’’ into a narrative far more fluid and unexpected than the norm. Despite its length, The Wise Man’s Fear fairly leaps off the page, whatever the setting and circumstances. When the man who now calls himself Kote, an innkeeper apparently retired from all derring-do and wizardry, resumes the story of his life, this vast Book Two never sinks under a burden of plotting, detail, or the stuff of cliché.

The first obstacle facing his younger self, Kvothe, is a scramble to find tuition money for his second term at university. Nothing seems assured for this Man of Destiny! And once he’s back in a course of study (making both friends and enemies along the way), an extended account of his learning experience opens up the field of magic to the point where it seems like something new – or at any rate, best achieved through progressive teaching methods like those of the sage Elodin, who starts a lesson by asking his students to name an ‘‘interesting fact’’ and gets some engagingly offbeat answers.

Though official policy discourages the more advanced students from sharing any of their knowledge with those coming up behind them, during one unruly session of bickering, drink and cards an especially persistent female manages to learn more about the forces that drive magic – which sound remarkably like something out of physics. Nonetheless, Kvothe’s own knack for it doesn’t turn him into a nerd. In a US college any time within the last half-century, he’d play guitar in a band; here, though he keeps acing the challenges his teachers set him, he reaches an emotional nadir with the apparent loss of his lute. He may describe the instrument in financial terms as the ‘‘linchpin of my ability to make a living,’’ but without it he does not feel quite whole.

While a substantial portion of this book takes place at the university, our hero’s most profound education comes after he has been sent on a kind of trumped-up quest which may just have been intended to get rid of him but takes unexpected turns. Even with a miscellaneous band of companions at his side, his early travels lack the focus and driving passion of most fantasy quests, to the point where they may seem like unwelcome diversions from the main plot. But as they extend into a pair of long episodes in different realms, they lead to experiences crucial to his development.

Late in the frame story, he comments to the faithful Chronicler, ‘‘Travel is the great leveler, the great teacher, bitter as medicine, crueller than mirror-glass. A long stretch of road will teach you more about yourself than a hundred years of quiet introspection.’’ Don’t imagine Kvothe simply walking around brooding, though; these episodes involve a host of dangers, and they also manage to initiate him into the arts of love and war via some remarkable new teachers.

Hard-won knowledge may not grant lasting powers, or even self-confidence. Amid a tale of progress that can seem swift and spectacular, Rothfuss returns to innkeeper and Chronicler for occasional interludes where – rather than resembling a superhero settled into pleasant quasi-retirement with his old martial skills on hand as needed – Kote turns out to be surprisingly vulnerable to assault, and unable to shake off current worries by dwelling on adventures from the past.

Likely that’s because ‘‘adventure’’ is a misleading label for what happened to him. Back at the university with a budding reputation for prowess (confounding earlier rumors of his death), Kvothe must deal with a welter of emotional, physical and intellectual consequences of his journey. He has met foes who could be figures out of myth, dire enough to tempt him to seek ways of using his magic against them; he can also look back on a love affair that reached outside the mortal world without entirely transcending the flesh. After all that, can he go back to being just a student with a lute – even when the subject is wizardry?

At this midpoint in the trilogy, Kvothe doesn’t know. And while Kote must have a lot more left to tell us, he himself can’t have all the answers. Not yet, at any rate. 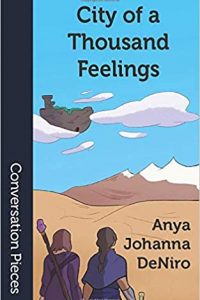 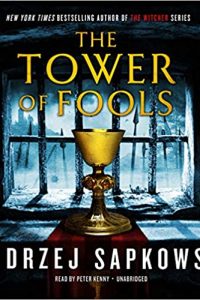