In my Asimov’s review of Ludmilla Petrushevskaya’s previous book, World-Fantasy-Award-winner There Once Lived a Woman Who Tried to Kill Her Neighbor’s Baby: Scary Fairy Tales, I called her voice “a blend of Margo Lanagan with Zoran Živković.” I have since flashed on the fact that the closest single voice to hers in our genre is probably that of Carol Emshwiller. Whichever comparison you favor, Petrushevskaya maintains and extends that assured eerie dulcet tone in her newest collection (which spans her entire professional career), and thus ensures herself a place high in the roster of unsettling Writers of the Weird.

The translating duties this time around fall to Anna Summers, who turns out starkly elegant, often wry English prose. Ms. Summers also provides a sensitive, informative and insightful introduction. We learn that Petrushevskaya was born in 1938 in Moscow and lived a hard life that mirrored many of her nation’s idiosyncratic difficulties in microcosm. I was particularly struck by one biographical detail, which now seems to me essential for the gestation of any Weird Writer worth their salt: “As a young girl [in Moscow], Petrushevskaya and her mother lived under a desk in her insane grandfather’s room…” Top that, Shirley Jackson! But all grim jesting aside, those seasoning experiences produced a writer both invulnerable and permeable, aloof and engaged, utilitarian and whimsical, whose stories never flinch from harshness, yet also offer odd redemptions.

There are seventeen tales in a book of only 171 pages, so you can immediately discern that Petrushevskaya is in favor of the “short, sharp shock.” She believes in getting in first and fast with the Kafka hatchet. As her Prague predecessor famously said: “I think we ought to read only the kind of books that wound and stab us. If the book we are reading doesn’t wake us up with a blow on the head, what are we reading it for? …we need the books that affect us like a disaster, that grieve us deeply, like the death of someone we loved more than ourselves, like being banished into forests far from everyone, like a suicide. A book must be the axe for the frozen sea inside us.” Petrushevskaya crams those bladed books into just a few pages of text, seventeen at one go.

Here are some of my favorite stories from this volume, to illustrate Petrushevskaya’s achievements. Readers should note that there is less overt fantastical content in this volume, but plenty of odd frissons nonetheless.

In “Like Penélope,” a young woman is living without much hope for her future. It’s not bad enough that she shares the cramped flat with her mother. “Soon this existence, already meagre and not very happy, changed for the worse.” A querulous elderly relative has to move in. One drab humiliation follows another, until the young woman impulsively dons a magical homemade dress on New Year’s Eve, and receives an unexpected benison that changes everything.

As with so many of these stories, “Two Deities” carries the subtext almost of a “Jonbar Hinge,” a point in time where a single action can divert lives down unexpected timestreams never intended to be traveled. Petrushevskaya is often Nornlike in her storytelling. Here, an unplanned act of sex between a book editor and her assistant unfolds into a whole lifetime of constraints, devolving ultimately onto the shoulders of their love child.

Like some Ballardian “condensed novel”—I’m sure Petrushevskaya must feel an affinity for The Atrocity Exhibition—”Hallelujah, Family!” is composed of numbered paragraphs that chart the lives of multiple generations of women and the hapless fellow who inherits all their woes.

“Give Her to Me” depicts with comedic brilliance a theater company and its two creative mainsprings, a female writer named Karpenko and a composer named Misha. Together they produce a musical with the potential to be a hit—but the baby they have made together runs in parallel with—and in competition with—their theatrical efforts.

“Tamara’s Baby” features creepy early-Ian-McEwan style identity disintegrations involving an elderly woman and her live-in-partner. This story also illustrates Petrushevskaya’s formidable way with a character profile. The opening two pages limn her cranky old man with microscopic precision. “He never came by invitation—he never received one. He simply announced himself (often with a lengthy insult) through the door, then pleaded his way inside. At the dinner table he yelled and pontificated, spat out his food and bared his only tooth, wishing both to stuff himself and to have his say.” And so on for several inimitable, laugh-out-loud paragraphs.

Finally, in “Eros’s Way,” the life of a mousy grandmother named Pulcheria is radically transformed by a man who leads a Jekyll-and-Hyde existence. After taking up with him, “she would barely remember their faces or anything else from her previous life. Everything happened so fast; she seemed to have gone to sleep, or else to have lost her mind from shock…”

These new fictions from Petrushevskaya, while less uncanny in their surface events than earlier tales, harbor equally dark and mischievous denizens in their occult currents.

There Once Lived a Girl Who Seduced Her Sister’s Husband, and He Hanged Himself: Love Stories 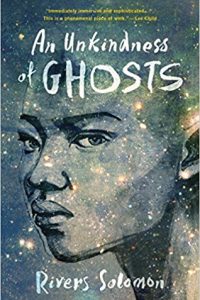