Winners for the 2012 Kitschies, awarded to “the year’s most progressive, intelligent, and entertaining works of genre literature published in the UK,” were announced last night at a ceremony held at the Free World Centre in Farringdon, London.

There was also a discretionary prize for outstanding contribution to the conversation surrounding genre literature, The Black Tentacle, which was awarded to The World SF Blog.

The winner of the Red Tentacle received £1,000, and winners of the Golden Tentacle and Inky Tentacle won £500 each. All finalists received a hand-crafted trophy and a bottle of rum from award sponsor The Kraken Rum.

Finalists were chosen from over 200 submissions sent by over 40 publishers/imprints. Fiction winners were selected by judges Rebecca Levene, Patrick Ness, and Jared Shurin. Judges for the art award are Gary Northfield, Lauren O’Farrell, and Ed Warren. 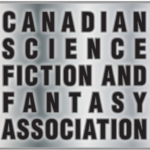 2017 This Is Horror Awards Winners