Fantasy novel, a sequel to the First Law series set some 15 years later in frontier country in almost Wild West style, only with swords and spears instead of rifles, and a female protagonist bent on revenge, fueled by grit and determination. First published in the UK by Gollancz (10/12).

A child serving a witch runs away to join a theatrical troupe – of goblins – in this middle-grade fantasy novel (the first in a series), winner of the National Book Award. ‘‘The mythic resonance in Alexander’s storytelling, coupled with his smart, graceful writing, maket this novel feel both pleasantly old and thoroughly new.’’ [Gwenda Bond]

The Bronze Age provides the backdrop for this second book in the Northland alternate history SF series, in which England remained connected to Europe. First published in the UK by Gollancz (9/11).

The latest novel in Bujold’s ever-entertaining Vorkosigan series shift focus from Miles to his hapless cousin Ivan, who tries to rescue a damsel in distress and ends up entangled in intrigue – and romance.

This Wild West Steampunk fantasy novel, sequel to The Half-Made World, purports to be the memoir of the inventor Harry Ransom, a fascinating fellow whether genius or charlatan, and his plans for a utopian city.

Mira Grant, When Will You Rise: Stories to End the World
(Subterranean Press Oct 2012)

This collection combines the novella ‘‘Countdown’’ in Grant’s acclaimed Newsflesh series, plus an unrelated story, both previously published as e-books.

These two volumes present stories selected by Le Guin herself from previous collections, with commentary by Le Guin on why she selected the stories – many less familiar but still deserving of attention. Volume One presents 18 stories set on Earth, with varying degrees of realism and magic realism; Volume Two takes off into the realms of SF and fantasy with 20 stories. ‘‘The experience of reading any retrospective as excellent as the Selected Stories reduces you, if not to babbling, to just delighting in some of your favorites… discovering some new treasures, and recognizing that a few old favorites might not stand up as well as you’d expected.’’ [Gary K. Wolfe]

Original collection of 15 stories, one a reprint, mixing fantasy and horror as they look at history, memory, and the price of creating art. The first prose collection from an up-and-coming author already known for her poetry.

SF novel loosely based on the eponymous story by McDevitt, involving secrets from a NASA moon mission that surface 50 years later, leading to puzzles within puzzles that unwind with steady suspense. ‘‘It’s a rather old-fashioned story… I found myself turning the pages as quickly as I could, even though there was nary a dead body or superweapon or car chase to be found.’’ [Russell Letson]

This sequel to Rajaniemi’s impressive first novel The Quantum Thief returns to that far-future post-singularity world, this time for a series of tales within tales. ‘‘Some of these tales are spectacularly well-done as adventure set pieces… while others are genuinely moving… Rajaniemi can and does write beautifully about characters trapped within their own stories…’’ [Gary K. Wolfe]

A handicapped boy gets sent to the moon, where the lower gravity lets him overcome his physical handicap and join Lunar Search and Rescue in this ‘‘classically Heinleinian’’ young-adult SF adventure, ‘‘well crafted and engaging in a way that has nothing to do with nostalgia….’’ [Russell Letson]

An impressive roster of authors including Elizabeth Bear, Paul McAuley, Gwyneth Jones, and Alastair Reynolds explore the possibilities of human expansion into the Solar System in this anthology of 13 original all-SF stories. ‘‘Easily the best original science fiction anthology of the year, by a good margin….’’ [Gardner Dozois]

James Van Pelt, Flying in the Heart of the Lafayette Escadrille and Other Stories
(Fairwood Press Nov 2012)

The latest collection from a noted author of short fiction presents 23 stories, a wide-ranging mix of SF, fantasy, and horror. 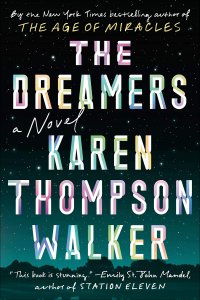 Year Two in the Time of COVID: We saw sur­prising resilience this year on the magazine front. There are a number of mags for whom we expanded entries and several new additions, although there were still a few that dropped out of print and at least one false start. We asked publish­ers which Hugo Award category they qualify for or used the data from <semiprozine.org> or our best determination; the