In the forthcoming volume of essays authored by Damien Broderick and myself, Science Fiction: The 101 Best Novels 1985-2010, we accord Jack Vance the slot at number 48, for his novel from 1996, Night Lamp. (The positions are assigned strictly chronologically, by publication date, not some estimate of comparative merit.) This is what we said as opener:

During a magnificent career spanning six decades—a career terminated only by blindness and weariness, and which received deserved but unexpected tribute with a long paean in The New York Times—simply to announce that Jack Vance had a new novel out was enough to send a fair number of discerning fans scurrying to their nearest bookstore, cash in hand and Vance’s name quivering on their lips. The achievements of this irreplaceable author have been of such consistently high quality that his books rank as must-buys, no foreknowledge of subject matter or ostensible genre necessary. Whether his latest offering was mystery, fantasy or SF, Vance could always be counted on to provide an inimitable reading experience, one which featured baroque word-portraits depicting gorgeous scenery, odd cultures and quirky characters, as well as scintillating dialogue, Jacobean plotting and recondite emotional depth charges.

Now, Night Lamp, great as it is, was written when Vance was eighty years old: generally not any author’s salad days, late Nabokov or Shaw or Williamson to the contrary. Can you conceive of how superb he was in his prime? If you don’t have a fix on the wonders Vance produced in his youthful maturity, you can easily remedy that lacuna with the current volume, a follow-up to Hard-Luck Diggings, also from Subterranean Press, which is doing the Lord’s Work in keeping Vance in print. And that includes two omnibuses of his excellent mystery novels: Dangerous Days and Desperate Ways.

Editors Jonathan Strahan and Terry Dowling have assembled a fine feast here, wisely not limiting themselves to the very earliest entries in Vance’s canon. Story dates range from Vance’s fourth sale in 1947, right through to 1977. And in fact our editors commence the volume with the two youngest pieces: “The Dogtown Tourist Agency” and “Freitzke’s Turn.” Both are extremely invigorating and exciting SF-detective hybrids which feature the same “galactic effectuator,” Miro Hetzel, and were actually published in a single volume under that phrase I just quoted. In effect, you get a whole Vance short novel as lead-off.

“The Dogtown Tourist Agency” is quintessential Vance, and a testament to his fecund imagination, brilliant patterning skills, pitch-perfect prose and delicious dialoguing talents. Miro Hetzel is Vance’s version of Heinlein’s Competent Man, a type Vance used often. Adroit, clever, and ingenious, Vance’s typical protagonist is nonetheless more given to self-reflection, melancholy, suspicion, elitism and even a trace of ennui than any character Heinlein invented, including Lazarus Long. Place such a fellow on an alien world featuring a panoply of human types, as well as three different alien races, and the action naturally complicates itself beautifully—but always with sufficient honest clues to keep the mystery vessel entertainingly afloat for the reader. Add in one of Vance’s trademarked practical yet impish and alluring women, and you have the Master’s recipe. It looks easy to duplicate, but many have found just how hard such a concoction is to create.

“Freitzke’s Turn” broadens out the character of Hetzel with some resonant backstory, and provides a clever, gruesome bio-centric mystery. As the editors acknowledge, it’s less deep and complex than its predecessor, but still a page-turner.

In “I’ll Build Your Dream Castle,” Vance riffs on one of his favorite motifs, which is the triumph of the contrarian individualist over fossilized systems. Although no hardcore, dogmatic libertarian, Vance’s personal beliefs in the ascendant rights of a principled individual over all dumb institutions is an ongoing theme. Of course, he always acknowledges that the egotistical outlaw proceeds from the same principles, but in narcissistic, deviant, selfish fashion. The two poles of morality, so alike yet so far apart, exist in constant interplay in Vance’s work.

“The Golden Girl” and “Sulwen’s Planet” are both slight, deft entertainments. On a similar level, “The Enchanted Princess” recounts a contemporary tale, with affinities to Theodore Sturgeon’s “The Comedian’s Children,” about abuse of power.

But “Cholwell’s Chickens” materializes another major Vancian theme, that of identity. A young orphan named Jean looks for her roots, and finds her past to be a unique, paradoxical, disappointing enigma. But she faces the revelations with bravery and resilience. So many of Vance’s heroes find themselves in similar fixes, forced to construct their own histories to satisfy a psychic need.

And “The Narrow Land” proves Vance’s intense empathy with the aliens of his vivid imagination by inhabiting one such sentient creature from the inside out.

Finally, “Son of the Tree”—once in another incarnation appearing as half of an Ace Double—finds a rather anomalous Vance hero who is more of an average stout fellow rather than an esthete or discerning savant. Joe Smith—his very name is the essence of ordinariness—becomes snaffled up in adverse circumstances in a bizarre human culture centering around worship of a unique Tree, and must overcome his troubles more through bluff courage than cleverness.

This winning collection stands out as both a fine introduction for any newbie encountering Vance for the first time—lucky soul!—and a reaffirmation to us longtime fans of his important place in the field and in our hearts. 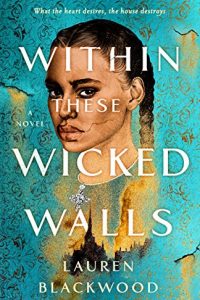