So I had an idea about a particular kind of story that gets told in space opera, and discovered Neil Gaiman had independently had the same idea, only three years earlier and talking about Doctor Who. It happens to the best of us, doesn’t it?

My version first: I was re-reading Dan Simmons’s Hyperion sequence, Hyperion (1989), The Fall of Hyperion (1990), Endymion (1996), and The Rise of Endymion (1997).  The first two volumes take place in a human-dominated muti-planet “Hegemony” linked by “farcaster” matter transmitters. The first volume assembles a group of pilgrims to go to the mysterious planet Hyperion; on the way, they each tell the story of their links to Hyperion. It’s a device that explicitly acknowledges Chaucer’s The Canterbury Tales as a model. But each story is told in very different registers and generic venues – so the Soldier’s Tale is straight-down-the-line action sf, the Priest’s Tale is religious horror, the Detective’s Tale is cyberpunkish-noir. The difference between them in setting and approach is certainly much greater than Chaucer had available to him, unless there’s a lost sequel in which he talked about aliens. So my basic thought was this: one of the things a space opera setting does is to create a venue in which you can tell stories in these very different registers. I found myself calling it an Interstate story, because I ended up visualising the universe of Hyperion as something like the USA: a set of discrete generic venues (planets) linked by the highways of the farcaster network. The later books in the series play further with this, so that books 3 & 4 take the protagonists on a river trip through, again, a whole range of worlds. I had the same feeling in another, very different, space opera context: one of the few effective moments in the Star Wars prequel trilogy. When Palpatine, in the third film, orders his clone troops to destroy the Jedi they’re with, we see a whole range of previously unglimpsed worlds in rapid succession: suddenly, the scale of the story becomes apparent from the range of venues it’s happening in.

Now, Neil’s version, from an introduction he wrote in 2003 to a Paul McAuley Doctor Who novella. He’s talking about the effect watching Doctor Who had on him as a child:

But the greatest damage was still to come.

It’s this: the shape of reality – the way I perceive the world – exists only because of Dr Who. Specifically, from The War Games in 1969, the multipart series that was to be Patrick Troughton’s swan song [playing the Doctor].

This is what remains to me of The War Games as I look back on it, over three decades after I saw it: The Doctor and his assistants find themselves in a place where armies fight: an interminable World War One battlefield, in which armies from the whole of time have been stolen from their original spatio-temporal location and made to fight each other. Strange mists divide the armies and the time zones. Travel between the time zones is possible, using a white, boxlike structure approximately the same size and shape as a smallish lift, or, even more prosaically, a public toilet: you get in in 1970, you come out in Troy or Mons or Waterloo. Only you don’t come out in Waterloo, as you’re really on an eternal plane, and behind it all or beyond it all is an evil genius who has taken the armies, placed them here, and is using the white boxes to move guards and agents from place to place, through the mists of time.

The boxes were called SIDRATs. Even at the age of eight I figured that one out.

It would, I have no doubt at all, be a bad thing for me to try and go back and watch The War Games now. It’s too late anyway; the damage has been done. It redefined reality. The virus was now solidly in place.

These days, as a middle-aged and respectable author, I still feel a sense of indeterminate but infinite possibility on entering a lift, particularly a small one with white walls. That to date the doors that have opened have always done so in the same time, and world, and even the same building in which I started out seems merely fortuitous – evidence only of a lack of imagination on the part of the rest of the universe.

Now, “The War Games” is a bit of a sprawling mess, at 10 x 25-minute episodes at least an hour too long, and was the result of a horrendous production crisis with other scripts dropping out at the last minute. But Neil is surely right about the appeal of these different zones bumping up against each other – we even get shown a map of the different zones, just like a map of the different states. And he’s also right about the appeal of the portal to another world, a SIDRAT, appearing in the middle of an otherwise mundane setting and providing a gateway out of it. The SIDRAT is more than just, say, C S Lewis’s wardrobe: because it looks different to its setting, yet anonymous and standardised, it sends a visible signal that there’s something odd here.

So I’d suggest that what I’ve called interstate stories – whether they happen in space opera or elsewhere – fulfil the following criteria:

Philip Jose Farmer’s Riverworld series probably meets these criteria – and, like the Endymion books, it uses a river as the way through the worlds. I suppose the last thing to say is that this kind of story is one that can only get written late in the life of a genre, because it presumes knowledge of all the different subgenres it uses. So… is this notion of “interstate stories” useful? What other sf stories fit this bill? 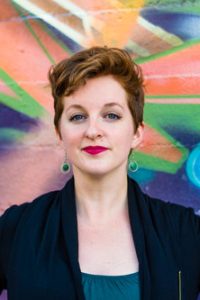