2010 was an unusually strong year for novel-length science fiction. I didn’t read every SF novel published during last year, which means I’ve certainly missed some excellent titles. But I read as widely as possible, and I was impressed by an awful lot of it. It seems to me that the membrane separating genre SF and mainstream ‘literary’ writing is more porous as it’s ever been—a thoroughly good thing, of course. And SF in 2010 is a much more actually globalised phenomenon than was the case twenty, or even ten, years ago, which is also a thoroughly good thing. Excellent SF is being written all over the world, and I’m only sorry that my linguistic inadequacies meant that I wasn’t able to read books as yet untranslated into English such as Shimon Adaf’s Kfor (‘Frost’), which has been called ‘the first masterpiece of Israeli SF’, or Andreas Eschbach’s Ein König für Deutschland (‘A King for Germany’), which won last year’s Kurd-Laßwitz prize.

Lauren Beukes, Zoo City (Angry Robot) Beuke’s second novel is a darkly inventive and restless casserole of science-fictional, urban, fantastical and noir modes. The title refers to that portion of future-Johannesburg in which people infected with Acquired Aposymbiotic Familiarism (AAF), the ‘Zoo Plague’, live as outcasts. Sufferers generate animal familiars—actual creatures like twisted versions of Philip Pullman’s daemons—but are also afflicted by a kind of existential doom called the Undertow; a premise that perhaps looks more Fantasy, pitched in one sentence there, than it feels in the actual experience of reading, if you see what I mean. Beukes’s future city is as spiky, distinctive and material a place as any cyberpunkopolis, and quit a bit fresher. The narrative is brisk and well turned, but the great achievement here is tonal: atmospheric, smart and memorable work.

Project Itoh, Harmony (Haikasoru). Keikaku ‘Project’ Itoh’s last novel (he completed it in hospital whilst being treated for the cancer that eventually killed him) manages to be simultaneously fast-moving and incident-filled and thoughtful and thought-provoking. We’re in a post nuclear war future where the kinks have been ironed out of society, and life is governed by ‘admedistrations’ devoted to ensuring perfect health, happiness and good social order. Itoh’s portrait of this is just on the believable side of schematic, partly because we’re invited to identify with the without-cause rebels who want to smoke, drink and self-harm, at least we are until the moment have our preconceptions about everything bundled over in a surprisingly effective twist ending. Some of the novel’s thriller-ish plot contortions are a little creaky in places, but this New Brave New World for the world of the 21st-century is a major intervention into contemporary utopian writing.

Tom McCarthy, C (Jonathan Cape; Knopf) There’s been some debate as to whether McCarthy’s Booker-shortlisted novel is ‘properly’ SF. But pigeonholes are graves, and this is such a stimulating, startling, complex device of a book it would be a shame if SF overlooked it. It’s the life story of Serge Carrefax, who grows up at the turn of the twentieth-century obsessed with technology, flies planes in the First World War, and survives the conflict only to die at a postwar archaeological dig in Cairo. But it’s not really about Serge; it is, rather, an ambitious meditation on the interpenetration of modernity by machines, and it develops a very SFnal thesis: that machines are more than tools or gadgets, that they generate ambient patterns in the new medium of the world they themselves create. McCarthy’s penchant for a self-consciously High Modernist idiom has good and bad aspects: at its worst, the novel bogs down into pretentious intellectual preening. But at its best it soars.

Ian McDonald’s The Dervish House (Gollancz; Pyr). A rich, accomplished portrait of near-future Istanbul that maybe is the best thing McDonald has written—and that’s saying something. It is the product of a writer at the top of his game: beautifully styled, complexly characterised and plotted without ever feeling heavy or dull. We move through interlinked worlds of Turkish commerce, industry, politics and the streetlife: half a dozen storylines are coiled together as neatly as DNA, each of them compelling and readable. McDonald manages to avoid the traps of condescension, or Orientalism, that lie in wait for the white Westerner writing about places that are neither of those things. A dervishly good book.

Hannu Rajaniemi The Quantum Thief (Gollancz). Rajaneimi’s impressive debut is a heist-yarn set in a future solar system where the high-tech is so high as to be positively orbital. It’s a cleverly inventive novel, nicely and unfussily intricate, and it has a lovely Dancers at the End of Time/Charles Stross/Greg Egan vibe to it. The science is rigorous, and the prose has a bracingly high quotient of neologisms and specificity, so much so that long stretches are perhaps rather too chewy. But, for all that, the word that comes uppermost in my mind when I think of this novel is: suave. Rajaniemi is a name to watch. And, indeed, to learn to pronounce correctly.

Francis Spufford Red Plenty (Faber). Spufford’s fictionalised history of the middle decades of the Soviet Union’s twentieth-century is beautifully written, compellingly characterised and achieves its huge ambition with a look-ma-no-hands effortlessness that looks almost (but isn’t) show-offy. It’s properly science fictional too, the science being speculatively extrapolated being economics rather than say physics. The fact that the BSFA have shortlisted Spufford’s novel for their non-fiction award might wrongfoot dimmer minds than ours. We understand that this is a novel, not non-fiction. We see that the category of the BSFA’s honour is nothing more than a testament to how convincingly Spufford has recreated his Soviet world.

Tricia Sullivan, Lightborn (Orbit). It took me a while to pick up Sullivan’s new novel, because I’d got foolishly got the idea in my head that it was ‘just another zombie novel’ a genre I figured we’d seen enough of. I’m an idiot. Lightborn is no more ‘just another zombie novel’ than Proust is another book about baking. It is a powerful dramatisation of child-parent relations, an eloquent fabulation spun from a topic rarely handled in fiction (for all that it is an increasing concern of modern life): how do we cope when our parents succumb to dementia? Sullivan novum-izes this via a light-based consciousness technology called ‘Shine’ which, of course, malfunctions. As a consequence adults suffer chronic brain zaps, becoming either cataleptic, or trapped in manic or obsessive modes of behaviour. Children are unaffected and Sullivan’s two main characters, the teenagers Roksana and Xavier, move through their city, Los Sombres, trying to figure out what is going on and how to care for these zombie-like (but assuredly not zombie) grown-ups. I found it an assured, absorbing and often moving novel. I wish I’d read it sooner.

Scarlett Thomas, Our Tragic Universe (Canongate; Houghton Mifflin Harcourt). This limber metafiction about a writer living in a dead-end relationship in the West of England is a book of great charm and wit, one that deftly assimilates a great deal of observation, stuff and emotional wisdom to its deliberately open-ended story-lite structure. Meg (the writer) comes to wonder if her world is actually an Omega-point end-of-the-universe simulation, and Thomas plays cleverly with the coincidences and unsymmetries of life to get us wondering too. When I read it, months ago, it left me pleasantly nonplussed; but the longer it stays in my memory the more highly I find myself thinking of it.

Jean-Christophe Valtat, Aurorama (Melville). A nicely glitterfreeze exercise in Steampunk Victoriana, this, with lots to keep the reader engaged. Valtat’s New Venice, an arctic settlement ruled by an courteous but dangerous secret police, is a splendidly ornate piece of worldbuilding; his two main characters are spicily enjoyable adventurers, and the incident-filled plot moves along briskly enough. Some of it is a bit over-familiar, and the Steampunk moment is surely behind us now; but Valtat generates many striking and beautiful moments here. It’s not clear if the book is translated (no translator is listed) or if French national Valtat wrote it in English—if the latter, it’s a positively Conradian stylistic achievement. Victoriantastic.

Charles Yu, How To Live Safely In A Science Fictional Universe (Corvus; Pantheon) Yu’s big-buzz debut is an idiosyncratic piece of work, and one of its idiosyncrasies is that trying to boil it down into a capsule review makes it sound considerably more lame than it actually is. (It is actually only 0.05% lame). So: it’s the fictional memoir of a man called Charles Yu who works as a time-machine repair man in Minor Universe 31—a sciencefictional dimension, consisting of approximately 17 percent reality mixed in with all the best bits of SF. The novel is about him looking for his missing Dad, except that he spends most of the book bunking off, contemplating the nature of time and the universe, chatting with his artificial girlfriend and playing with Ed, his nonexistent but ontologically valid pet dog. But if this sounds precious, or indeed pretentious, then I can only say the experience of reading Yu’s novel is neither of those things. On the contrary, this is a wonderfully warm, wise and often moving piece of fiction. It’s whip-smart stuff, or smarter—Geek-smart perhaps. But it has heart too; a lovely piece of work. 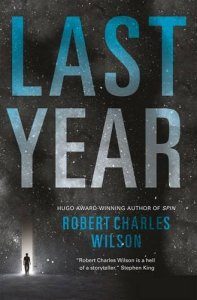 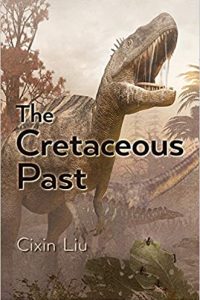