Toward the end of Greg Bear’s rather grim new hard-SF novel Hull Zero Three, there’s a brief memory-idyll in which the narrator, known only as Teacher (though at one point he’s told his name is Sanjay) recalls sitting with his beloved in an almost Disney-like forest glade surrounded by deer, bears, squirrels, and rainbow-colored fish as she quotes to him the nonsense verses read by the White Rabbit in Alice in Wonderland (‘‘He sent them word I had not gone/(We know it to be true)/If she should push the matter on/What would become of you?’’). It’s possibly the least characteristic scene of this entire novel, yet it offers one of the few direct clues to what Bear is up to in this strange layered tale, which for some readers will represent a welcome return to the traditional tropes of hard SF (after side trips into the espionage thrillers of Quantico and Mariposa and the ambitious, Hodgson-influenced City at the End of Time) but for others may seem dauntingly dark and disorienting, like an enigmatic existential horror story for most of its first half. Only a few pages earlier another character, almost speaking for the reader, complains, ‘‘We know so little, and whenever we think we’re about to learn something important, or solve all the puzzles, we hit the most infuriating obstacles – head on.’’ The main strength of Hull Zero Three, at least for veteran hard SF readers, lies in the ingenious manner in which Bear has constructed these through-the-looking-glass puzzles, and in which he eventually unpacks them; the main problem is that characters are still saying things like this to each other more than two-thirds of the way in.

Like Alice, and like any number of SF protagonists who find themselves thrust into a disorienting world governed by some arcane system of logic that must be parsed while negotiating various hazards, Teacher is initially an innocent who learns he must become a leader in order simply to survive. We meet him in a pleasant Dreamtime, in which we learn he is part of a giant colony ship about to arrive, after centuries of travel in deep sleep, at a hospitable planet which for undisclosed reasons will become the new home of humanity. But almost immediately this dream evaporates when he finds himself violently ripped out of a womb-like sac into a dark and freezing metal chamber, with a little girl warning him that the others in similar sacs are already dead, and he will be as well unless he follows her through a series of receding passages toward some sort of warmth. He finds himself in a nightmare world of dark blobs, mutilated corpses, floating junk, and monstrous insect-like creatures (or machines) with six legs and three heads, or sometimes shaped like giant eels, his only hope to follow the girl toward safety, even as she keeps telling him he’ll be dead soon anyway. He eventually encounters other apparently intelligent creatures (for which the girl offers David Lindsay-like names such as Picker, Satmonk, and Pushingar), and comes to understand – not too surprisingly at this point – that something has gone badly wrong on the Ship, which consists of three separate hulls connected to a giant iceball which has apparently provided the fuel and reaction mass needed to propel the Ship on its long voyage. Teacher (the girl gives him this name) has been awakened in Hull Zero One, which has become fiercely inimical to human life – the monsters he encounters turn out to be essentially elaborate housekeeping mechanisms, called Factors. Only by making their way to the other hulls can the survivors begin to solve the mystery of what has happened.

Fragmentary names and memories begin to come back to Teacher – he realizes, for example, that the mass of the iceball is much greater than it should be if the ship has actually reached its destination – and as he meets more figures (none at this point differentiated enough to be regarded as characters) he realizes that there are guiding intelligences with names like Destination Guidance, Ship Control, and simply Mother, who may be at odds with one another in vying for control of the Ship and its mission. When he discovers dozens of frozen bodies identical to his own, Teacher realizes that he has been repeatedly resurrected – or regrown–for some specific purpose, and has repeatedly failed. Eventually he allies himself with a few other characters, though none are exactly human in form: a hulk-like figure he calls Big Yellow; a freakishly tall, spidery woman; and a monstrous armadillo-like creature called Tsinoy, who is in the form of an immensely powerful biotech weapon called a Tracker. Why these figures are given these forms – and why biotech weaponry is aboard the ship in the first place – is a key clue to the secrets that will eventually be unpacked after the characters finally make their way to Hull Zero Three.

Despite her lack of a recognizable human form, Tsinoy turns out to be the most interesting character in the novel after the narrator, but we’re nearly halfway through before we meet her, and before this oddball band of survivors begins to really unpack the mysteries. Part of the problem is that Bear has to spend so much time gradually revealing details of the geography of this enormous ship and its bizarre inhabitants that he gets distracted into descriptions so detailed that the reader may get dizzy simply trying to hold all the imagery in mind at once; a fairly minor creature called red claw, for example, is described as having ‘‘that claw, another like it, and more, half-hidden; a quartet of crushing mouths set flat in a wide, dun-colored body, tooth-edged reddish plates clacking and scissoring as at least a dozen spiky red arms reach out from the outer shell and grab and jerk inward whatever they touch.’’ There are whole paragraphs like this, yearning for snazzy pulp illustrations but hardly advancing our awareness of what’s actually going on. And what is going on, once we begin to get the shape of the back-story, involves as compelling and serious a set of moral questions as we’ve come to expect from Bear’s most ambitious and thoughtful SF, perhaps most notably Anvil of Stars. In the end, the actual narrative shape of Hull Zero Three is that of a very good novella that sets up a horrific puzzle and resolves it in an intellectually satisfying way, but we have to contend with a lot of clacking red teeth and monster vacuum cleaners in order to get there. 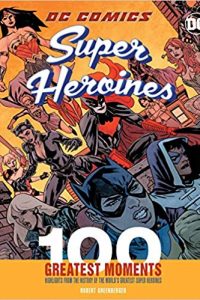 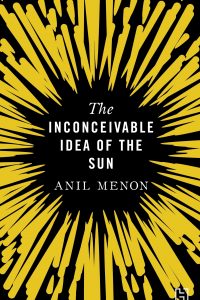