One of the downsides of reviewing for Locus is that most of the fiction that I read is newly released. There are many upsides, mind.

But on a practical note, with limited reading time, some of which needs to be filled with work-related titles, I don’t get to read many titles that I missed the first time around. And those titles are legion.

While I’d love to go all Jo Walton and post a new review of an old book on a frighteningly brisk schedule, that will never happen under my current set of circumstances. Still, I’d like to toss a few recent reads of older titles out sporadically. Like Walter Jon Williams’ Dread Empire’s Fall trilogy, which I’d started after thoroughly enjoying his recent This Is Not A Game. (For a full description of the Dread Empire, Jo herself offers up a concise review at Tor.com)

The Dread Empire books scratch that space opera itch that I can never seem to get enough Calamine lotion on. I yearn for wars writ over galaxies, characters bolder than hurricanes. I desire faster-than-light drives and grand gestures. Give me Banks on his best days. I will always have a crush on Miles. And, now, I long for more about the Dread Empire.

At his World Con KaffeeKlatsch, Williams himself admitted that he’d always imagined the three books in the trilogy as the start of a much longer cycle of books – either nine or twelve in total. Because the first books didn’t sell as strongly as the publisher had hoped, it’s unlikely that those ideas will ever leave Williams’ head. Which makes me sad, if only because their existence in a tangible form would give me a bunch of books to add to the pile.

So I’m going to poll the Locus hive mind: Which books scratch your space opera itch? Why? 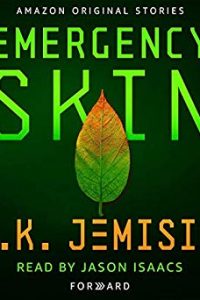 7 thoughts on “Missed the first time around”

A fresh batch of young mutants has arrived, but don’t call them X-Men just yet, and don’t call them superheroes, either. After surviving a freak storm that kills every person on her reservation, including both of her parents, Danielle Moonstar (Blu Hunt) finds herself in a nearly abandoned hospital occupied by four other teenagers — Rahne (Maisie Williams), Illyana (Anya Taylor-Joy), Roberto (Henry Zaga), and Sam (Charlie Heaton) — and

If I’m reading us right, we’re less bothered by lists (except, maybe Adrienne) than by arbitrary conditions or unrealistic expectations attached thereto—that they be “the best” or “representative” or “cutting edge” or whatever. Since the answer to who do we think are we are is a bunch of people who read with some attention but are otherwise various in our tastes, the point of a year-end exercise is less the