On Sunday, we held a brief memorial for Charles Brown at Borderlands Books in San Francisco, the same bookstore that had hosted his 65th birthday party some seven years ago. I was amazed that Liza was able to organize this in the week following Charles’s death, with the magazine deadline looming as well and the entire staff still reeling from the shock. But Alan Beatts of Borderlands was enormously helpful in providing an elegant space, as well as staff support for the event itself.

People started arriving a little before noon. Alan had cleared out one of the display shelves toward the front of the room, where we placed the container with his ashes, his straw hat, and a few favorite books. The store’s checkout counter became the bar, and several catered food stations helped create the exact ambience we’d been hoping for. (With Charles, there had to be good food.) I never actually counted the size of the crowd, but by the time it grew to what seemed like 40 or 50, we figured it was time to start talking.

Liza thanked everyone for attending, and my job was to introduce the speakers and keep things moving. We’d asked three of Charles’s oldest friends, Bob Silverberg, Dick Lupoff, and Connie Willis to begin, since Bob and Dick had known Charles deep in the pre-Locus past, and Connie had been his favored traveling companion and sparring partner for the last few decades. I don’t know that I could reproduce what they said, or if I ought to even try, but we all could immediately recognize the younger Charles that emerged from Bob and Dick’s comments, and most were in tears by the end of Connie’s, which finished by quoting the conclusion of Thornton Wilder’s The Bridge of San Luis Rey:

We ourselves shall be loved for a while and forgotten. But the love will be enough; all those impulses of love return to the love that made them. Even memory is not necessary for love. There is a land of the living and a land of the dead, and the bridge is love, the only survival, the only meaning.

Things began to get emotional, as we knew they would—though with a fair amount of laughter along the way—and it fell to Liza again, speaking more as a friend than as the new Editor in Chief, to follow Connie’s deeply moving tribute. Some more tears, then—but when I asked other Locus staffers if they wanted to add anything, Amelia popped up to read what was perhaps the most Charles-worthy ironic twist of the whole week: an e-mail from Virgin Airways—addressed to Charles–apologizing for the inconvenience caused by the delay in deplaning following the recent flight from Boston, explaining that a passenger had become seriously ill, and hoping his plans worked out well anyway.

That broke the ice a bit, and a few other speakers–Ellen Klages, Rina Weisman, Carol Buchanan– followed with memories that were often at once outrageous and moving. If there was a recurring theme, it involved a deep generosity and acuity that many of those not as close to Charles never got to see.

After a while we were all ready to get back to mingling with friends and Locus staffers past and present, some of whom hadn’t been around in years. Everyone from the current staff in Oakland was there, and Mark Kelly and I were in from out of town. I’m sure I didn’t get to chat with everyone, but spent some excellent time with Cecelia Holland, Ellen Klages, Eileen Gunn and John Berry, Mark Budz and Marina Fitch, Jacob and Rina Weisman, and of course the Willises and Lupoffs, and Bob and Karen. A few of us adjourned to the Ethiopian restaurant next door afterward, not quite wanting to let the afternoon slip away.

There’ll be another, more public memorial in Montreal in a couple of weeks. It’s scheduled for Sunday afternoon at 2pm, August 9, and is in the Worldcon schedule posted on the web. 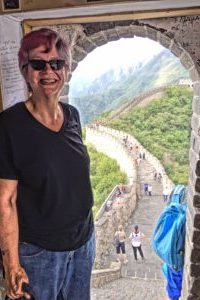 2 thoughts on “The Magus of the Oakland Hills”