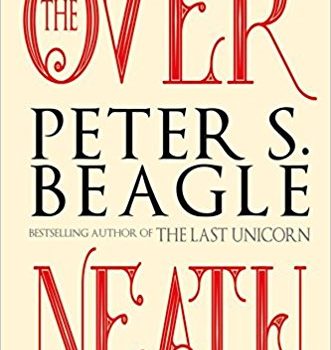 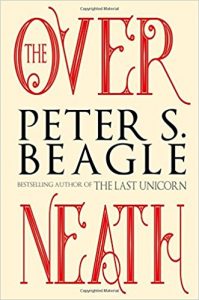 Peter S. Beagle’s late career has been something of a marvel, shifting between deeply resonant and apparently autobiographical fictions like “The Rabbi’s Hobby” and “The Rock in the Park” (both in his earlier Tachyon collection Sleight of Hand) with occasional revisits to the greatest-hits territory of The Last Unicorn or The Innkeeper’s Song. His new collection, The Overneath, tends toward the latter, with two more Schmendrick stories (“The Green-Eyed Boy” and “Schmendrick Alone”, to go with earlier stories like “The Woman Who Married the Man in the Moon”), three tales that deal with different varieties of unicorns (Chinese in “The Story of Kao Yu”, Persian in “My Son Heydari and the Karkadann,” North American in “Olfert Dapper’s Day”, in which an exiled quack Dutch physician thinks he sees one in 17th-century Maine), and one story set in the world of The Innkeeper’s Song (“Great-Grandmother in the Cellar”). For the most part, Beagle is less visible in these tales than in many of his more recent ones, although there is a rather touching tribute to his old friend Avram Davidson in “The Way It Works Out and All”, in which Davidson’s famously mercurial and far-reaching mind is translated into actual geography, as Davidson sends postcards from places he could not possibly have been, hav­ing discovered a kind of subreality called the “overneath.”

Some themes recur across a variety of settings and stories, though, and one of them is Beagle’s deep empathy for characters who, their aspira­tions mostly behind them, nevertheless encounter something marvelous – the retired history pro­fessor in Summerlong, the poet-turned farmer in In Calabria, even the homeless dropout and just about all the ghosts way back in A Fine and Private Place. In the current collection, the title character in “Olfert Dapper’s Day” (an actual historical figure) finds himself in Maine in exile from his comfortable life as a travel writer and physician (both professions thoroughly fake) in Holland. Of the four men rooming together in “Music, When Soft Voices Die” – Beagle’s effort at Victorian-era steampunk – one is a lowly clerk in a law firm, another is a bank clerk, and a third is a failed Balliol student working as a waiter; everything in his life is “viewed through the prism of his lost world, and found wanting.” A lonely grocery-store produce clerk finds himself in pos­session of a magical computer in “Kaskia”, the once-promising children’s literature professor in “Underbridge” ekes out a vagabond living with a succession of temporary appointments, and the title character in the most fully-realized fairy tale in the book, “The Queen Who Could Not Walk”, lives in poverty after being required to give up her royal position in keeping with her country’s peculiar longstanding custom. Beagle’s skill at limning compromised lives is enough to pull us through a story even when the fantasy element is a bit clumsy; “Underbridge”, for example, turns into a fairly predictable monster story involving the famous stone-carved troll in Seattle coming to life, while “Kaskia” doesn’t really do much with the touching online relationship it describes.

Even though Schmendrick appears in two sto­ries, one of which (“The Green-Eyed Boy”) is narrated by his mentor wizard Nikos, describing his barely suppressed frustration at trying to rein in the 12-year-old Schmendrick, the three unicorn tales have no connection to The Last Unicorn. The best of these is “The Story of Kao Yu”, con­cerning a judge in China whose wisdom seems validated by the silent appearance of a unicorn in his courtroom – until he becomes hopelessly infatuated with a beautiful thief. The Persian uni­corn, called a karkadann in “My Son Heydari and the Karkadann,” is actually more of a monster, nursed back to health by the boy of the title against the wishes of just about everyone else. Not quite unicorns, dragons figure prominently in “Trin­ity County, CA: You’ll Want to Come Again and We’ll be Glad to See You”, a shaggy tall tale in which drug enforcement officers have to contend with contraband dragons used to defend the rural hideouts of drug dealers. While Avram Davidson is the only acknowledged literary influence here (and a central character in “The Way it Works Out and All”), there’s more than a touch of Sturgeon in “Kaskia”, in which the lonely grocery clerk of the title meets, through his mysterious new computer, an equally lonely figure named Kaskia, whose role is similar to that of the alien in Stur­geon’s “A Saucer of Loneliness”. And the one steampunk story, which quickly abandons its Vic­torian pseudoscience rationale (something called “etheric telegraphy”) in favor of the folk wisdom of Turkish hodja, has at its center a ramshackle invention, intended to enable instant international communication, which instead somehow picks up the voices of people apparently long dead. As steampunk it’s completely ersatz, but Beagle’s evocation of those random lost voices is one of the most haunting evocations of his capacity for giving voices to the unheard. 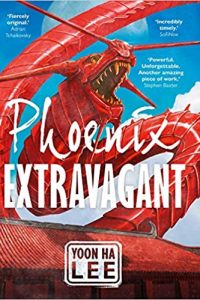