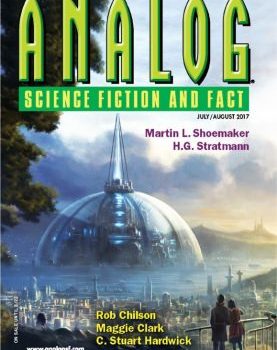 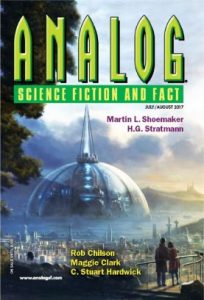 “Utopia, LOL?” is a very nice far-future story from a fairly new voice, Jamie Wahls, in Strange Horizons. It’s told by Kit, one of trillions of humans living in what appear to be Matrioshka brains in the extreme far future. Her job (one of very few jobs in this Utopia) is to be a guide for people from the past joining this society – people like Charlie, who has just been unfrozen. She tells the story in a somewhat anachronistic contemporary voice (text-speak, essentially). This can be excused as a translation, I think, and anyway it’s pretty funny. She tries Charlie out on a few of the simulated “U’s”, with little success (for some reason he doesn’t want to be a sentient floor tile), as the super AI in control of things gives advice… and manipulates the two humans to a certain resolu­tion that snaps home beautifully, echoing the most venerable SF dream, and explicitly echoing one of the greatest of SF novels.

The highlights of the July-August Analog are a couple of stories whose protagonists live in relatively low-tech areas in far-future settings with plenty of exotic tech, which stretches a point to compare Maggie Clark‘s “Belly Up” and Rob Chilson‘s “Across the Steaming Sea“. Clark’s story is about Imbra Tems, a resident of a somewhat backwards colony planet, who has just been “declawed” as punishment for having killed a woman while on drugs. Thus, he doesn’t feel any particular emotion, even when the woman’s son, Paloma, is beating him up in revenge. And somehow when a threatened invasion fleet arrives, Imbra and Paloma have become part of the hope­less defense fleet, and Imbra finds a way to make Paloma a hero. But then the story twists around the question of what the invaders really want – and Imbra ends up slingshotting to a wholly unexpected personal resolution. Interesting work. As for “Across the Steaming Sea”, it is the latest of a number of stories Chilson has published set on Earth in the very far future, in which a wide variety of “mankin” coexist among the rem­nants of some very exotic tech. Luro is the lowly youngest son of his village’s Asireman, and so he gets drafted to accompany one Kangahan on a dangerous trip to Melgol, where Kangahan claims he can find the Empyrean, a place of wonders, if only the Asireman will finance the trip. Luro’s greedy father is happy to lend the money and his son’s services, and Luro is happy enough to leave his home, especially when he meets the beautiful Zoritha. To no one’s surprise, though, Kangahan absconds with the money – but Zoritha agrees to accompany Luro on an attempt to find the Empyrean anyway. So there’s good – it seems the Empyrean might really exist – and bad – Zoritha shows no interest in Luro, and the trip gets more and more dangerous. It’s all fun reading, with a nicely wrapped-up ending. Old fashioned stuff, sure enough, and sometimes that’s just the ticket.

The May 25 issue of Beneath Ceaseless Skies in­cludes Ryan Row‘s “Whatever Knight Comes“, a story that thrilled me, by a writer unfamiliar to me – always a neat discovery. The narrator is imprisoned, somehow, in a dark tower, in dark armor, compelled to host a series of maidens, only to be killed by the knights that inevitably come in rescue. Eventually a maiden comes who wants to stay, and wants to learn how to fight. Things thus proceed to the fore-ordained conclusion. It’s hard for me to describe what I so liked about this story: I can only say that it’s beautifully written, emotionally powerful, and a love story that refuses to be conventional. Perhaps the ending, though not inappropriate to this story, falls a bit flat, but the whole of the story is quite special.

From the same issue I also liked Richard Parks‘s “In Memory of Jianhong, Snake-Dev­il“, an amusing tale told by Jing, daughter of Pan Bao, as she accompanies her devil hunter father on their latest commission – to kill a snake-devil at the behest of the Provincial Governor. They learn that the snake-devil just wants to become a human woman, giving them a problem: how to make that happen, and how to collect their pay without proof of killing the devil? Fun stuff. Also good, and much sadder, is “Of Letters They are Made” by Jonathan Edelstein. This is set in Makaranda, a town where the whole world comes, and where magicians called Gatherers and Sowers find and tell old stories, in such a way that they truly come to life. The narrator is both a Gatherer and a Sower, and she is especially searching for a secret to translate her ancestral language, Ivri. But now the city is threatened with invasion, just as she takes in an orphaned child who has found her a significant parchment (with a direct quote from the Book of Ruth – the story is clearly deal­ing with the Jewish diaspora from a fantastical angle). The tragic arc of the story encompasses personal and scholarly loss, and the importance of stories and language.

In the June Clarkesworld Nina Allan, one of the most consistently interesting of contemporary SF writers, offers “Neptune’s Trident“. The world has changed radically since something called the clampdown, which seems to be the result, at first, of some sort of invasion or attack. Caitlin is living in Scotland, struggling to keep herself and her partner Steph going by gleaning useful items from what washes ashore, and hoping that by some miracle her brother, a submariner, has survived. Steph has a strange disease, a result of whatever has changed the world, which results in people becoming what are called “flukes,” and Caitlin is hiding her condition from an increas­ingly hostile society, represented here most di­rectly by an itinerant preacher Caitlin encounters. Hints at the true nature of what’s happened slowly surface – perhaps a deep change in reality? This is interesting work which seems to fit into a long tradition of morose English catastrophe SF, going back to John Christopher (All Flesh is Grass) and of course J.G. Ballard’s early novels.

Also this month, Chinese writer A Que con­tributes “An Account of the Sky Whales“, a decidedly loopy but interesting story about a man coming to another world to retrieve his lover’s ashes, and encountering not just the whales she had studied before her death – whales that travel through space with the help of an antigravity compound – but the pirates who try to harvest this valuable compound from the whales.

Lightspeed for July includes a fine Chinese-flavored fable – or morality tale – from Alvaro Zinos-Amaro & Adam-Troy Castro (conspiring as ever to make me misplace the hyphens in one of their names!), “A Touch of Heart“. Dou Zhuo is a farmer whose land produces little, who becomes envious of his more successful neighbor. Eventually, he finds the means to hire an assassin of the notorious Black Touch, who endeavor to fulfill their contracts with the least possible effort. When Dou asks for his neighbor’s death, the assassin arranges to kill him, by remov­ing one second from his life span. Dou is furious, but learns to make his requests more specific – and eventually learns what will satisfy him with the least effort expended.

Patreon continues to be a way for some writers to publish their short fiction, and I keep my eyes on a few writers whose work I like. One such is Tobias S. Buckell, whose “Shoggoths in Traffic” is a clever Lovecraftian crime story in which a couple of people steal (repossess!) a car from a drug dealer and try to take it to Miami – but on the way run into a weird highway exit and a biker magician and – well, you’ll not think of cloverleafs and other traffic patterns in quite the same way after this!

A fine new story at Tor.com, E. Lily Yu‘s “The White-Throated Transmigrant“, got me thinking about the nature of fantasy (and SF) again. This is about Winona Li, an unemployed geologist, who takes a bird she accidentally killed by windshield strike to an ornithology museum, and ends up learn­ing how to stuff birds, while coming to terms with the reasons she’s not working in geology any more, and with her recent abortion. There is a fantasy ele­ment, ambiguous and unresolved, that from an SF/fantasy perspective left me disappointed, though the story itself does what it wants to do, and very well. In the end, as far as Yu’s story is concerned, I’m not complaining – it’s a good story that you should read – but it seems to me that when reading SF or fantasy we want either explication, or true mystery, or at the very least exotic color.

Which brings us to a literary “little magazine,” one of those most hospitable to the fantastical, Tin House. The Summer Reading issue includes two fantasies – both uncompromisingly so: there’s no suggestion that the fantastical elements of the stories are symbols, or a misunderstanding of real­ity, or any such thing. The better of these is “Sea Girls” by Daniel Wallace, about Roger Martin, a 16-year-old boy in a beach town who has just lost his grocery job, and Allie Campbell, a girl Roger admires, with “cool parents” – who have just de­cided to divorce. At one level that’s what the story is about: Roger’s normalish life, his interest in Allie, and Allie’s pain. But there’s also a mermaid – a real and interesting and dangerous one, who is trying to lure Roger and take him down into the sea to help her make more mermaids. This aspect is cool and weird enough to effectively illuminate the more conventional aspects. I liked the other fantasy, too: Rachel Khong‘s “My Dear You“, an afterlife fantasy, in which the protagonist, who has just died on her honeymoon, goes to Heaven and learns the ropes – how you can choose your own new body, and play racquetball for years, and try and fail to remember your husband. It’s funny and kind of sad; slight, no doubt, but worthwhile. 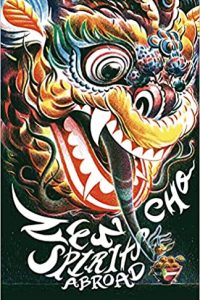 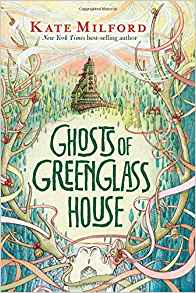 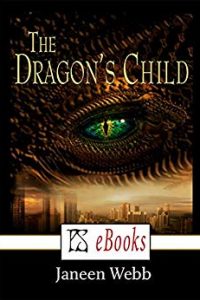