Plots are funny things. In the real world, stuff is always happening, but it’s not a plot. People live. People die. People are made glorious or miserable. Things eagerly awaited are realized, or hopes are cruelly dashed. Love is gained; love is lost. But all these things are not a plot – they lack the fundamental tidiness and orderliness that makes a story a story.

In fiction-land, stories have beginnings, middles and ends. They have dramatic tension, which rises to a climax towards the end of the story, and then roll on a while longer, into denouement. A plot is what you get when you draw a line around a set of circumstances and say, ‘‘These things are all part of one story, and they comprise its beginning, middle and end, and its arc from low tension to high. This moment here is the climax of this story.’’

That line is wholly arbitrary, of course – your personal life-story’s climax is merely a passing moment in someone else’s arc – but the really weird thing is that a story that lacks this arbitrariness feels arbitrary. A bunch of things that happen without any curation or pruning away of extraneous moments do not a story make, despite the fact that this is how the world actually works.

So plots are funny. Unless you enumerate a world that is patently false, it won’t ring true.

None of this is hard and fast, of course. We’re talking about art, and art doesn’t have rules. But there’s certainly a well-defined bulge in the curve of all popular narratives, where we find stories with recognizable beginnings and middles and ends, and rising dramatic tension.

Characters are even weirder. Nothing a character does matters, by definition. Characters aren’t people. The most tragic death in Shakespeare is inconsequential compared to the death of the yogurt culture I digested with my breakfast this morning – the yogurt was, after all, alive and real. Shakespeare’s Romeo and Caesar are figments of our imagination. But we care about characters. We weep for them! How weird is that? Weeping over something you know to be totally inconsequential!

As I wrote in my column last January, ‘‘Where Characters Come From,’’ our brains experience other people through our simulations of them. Reading a story fires up the simulator and puts the character in it, and the mind doesn’t distinguish between imaginary and real people when it comes to empathetically imagining their responses to life’s hardships. If you can empathize with the memory of your dead loved ones, why not empathize for people who never lived?

Humans are nosy. As annoying as car-crash rubbernecking is, as embarrassing as the gaze of the crowd is when you drop your lunch tray, those are easy to understand. If the best way to learn to succeed is to fail as fast as possible, then the second-best way is to watch someone else fail as fast as possible. Watching someone else screw up is a kind of rehearsal for your own eventual downfall. A close observation of someone else’s attempt to resolve a difficulty is a great way to acquire real-world insight into whether and when to deploy their method in your own times of trouble.

So my favorite, foolproof way to start a story is with a person in a place with a problem, preferably in the first sentence. A named person in a defined setting is a signal to the reader’s human-being-simulator to get started assembling a skeletal frame upon which to hang future details about this ‘‘person.’’

When you add a ‘‘problem’’ – even something as trivial as a hangnail – you snag the reader’s rubbernecking impulse. Any problem out there in the world is a chance for hungry, canny minds to benefit from someone else’s hard-earned experience. It’s a siren song for our base nosiness.

Now, to keep the reader’s attention, you have to convince her problem-solving systems that this problem-solver is worth paying attention to. That means that your character has to attempt to solve his problem intelligently. We may be drawn to watch a fly trying to get out a window, but once we see that it is doomed to beating its brains out on the glass, we look away. Make that character’s attempt to solve the problem intelligent.

Regardless of whether your character solves his problem, the ‘‘solution’’ should give rise to a new problem – on which turns even more of the character’s safety, health, wealth, and/or sanity. Rising dramatic tension – the sense that things are getting more important and consequential – is often just another way of saying ‘‘problems whose stakes get progressively higher.’’

There are lots of classes of problems you can throw at your character, from bombs to defuse to tricky parallel parking problems, but the stickiest, most nosiness-evoking problems are the ones that involve other people.

We’ve been solving the ‘‘other people’’ problems since our hominid ancestors began to divide up their labor and work in tribal groups that allowed them to accomplish more collectively than any one individual or family could manage on its own. Solving the collective action problem is the reason for everything from corporations to churches to crime syndicates. It’s no wonder that it’s so hard to avoid eavesdropping on bickering couples or bosses who dress down their subordinates in public.

Best of all: our world is littered with catalogs of the ways in which human misunderstandings turn into problems, and how those problems worsen if not properly tended – they’re called self-help books.

Take ‘‘Twenty Four Standard Causes of Human Misjudgement,’’ the classic 1995 speech by Charlie Munger, Warren Buffet’s business partner. Munger based his work on Robert Cialdini’s 1984 book Influence, a text on marketing techniques. Munger shows how the cognitive blind spots exploited by marketers are also the source of grief in many other walks of life.

For example, the human sensory apparatus is more sensitive to contrasts than it is to absolutes. You’re better at telling whether one thing is hotter than another thing than you are at telling whether something is ‘‘hot’’ on some absolute scale (that’s why you boil a frog by slowly turning up the temperature).

This manifests in human history in all sorts of horrible ways. Whenever you hear about people enduring (or participating in) horrific abuse, chances are the abuse started with small things, little nastinesses that became the new normal. Then the abuse got worse, but just enough worse that those people living within its range became accustomed to it, and then it got worse again. Lather, rinse, repeat and all of a sudden you’re hearing about an old folks’ home where the staff learned not to worry about rats gnawing on the inmates faces.

The manifestation of this pathology is sometimes more subtle. The most hidebound, bureaucratic, lumbering, terrible organization got each one of its unreasonable policies one drip at a time. Taken individually, each layer of stupid rules was almost weightless, but in quantity, they’re a smothering weight.

A character who wanders into a situation where everyone else is accustomed to an otherwise unbearable level of badness is instantly recognizable and endlessly fascinating, whether that situation is of the rats-eating-faces variety or mere stifling bureaucracy.

Closer to home are books like the 1936 Dale Carnegie Bible-of-human-foibles How to Win Friends and Influence People. Carnegie’s classic started out as a lecture series for people who found themselves unable to solve collective action problems – that is, they couldn’t get other people to like them, listen to them, or help them – and was refined into a book that is practically a manual of how to get your characters into trouble.

Point by point, How to Win Friends… sets out a series of ways in which one person can alienate another, explains precisely how that dynamic works, and warns about the consequences of failing to address it. Put your characters in the situations Carnegie describes, have them do the opposite of what he advises, and presto, instant, believable, too-good-to-look-away human drama.

Fiction’s a funny thing. It’s my livelihood and my favorite pastime and my vocation, but the more I think about it, the more I realize that it’s mostly a mystery, and what isn’t a mystery is cheap trickery. And yet, like a pointillist portrait, the individual elements that make up a story are trivial, but they come together to make something (that can be) profound.

From the January 2014 issue of Locus Magazine 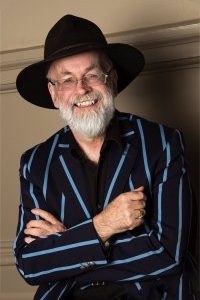 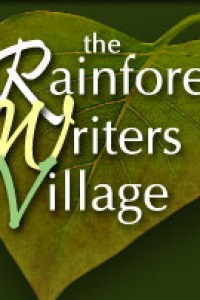