Terry Pratchett’s Snuff moved into first place on the hardcover list, dropping Reamde by Neal Stephenson to second place. The new runner-up was Scholar by L.E. Modesitt, Jr. (Tor) with 41 titles nominated, down a bit from last month’s 43.

George R.R. Martin continues his reign over the paperback list, with A Game of Thrones taking first place and A Storm of Swords taking second. The new runner-up was Magic on the Line by Devon Monk (Roc) with 49 titles nominated, up from last month’s 43.

World War Z by Max Brooks moved up to first place on the trade paperback list this month. The new runner-up was The Cold Commands by Richard K. Morgan (Gollancz). There were 36 titles nominated, up a bit from last month’s 34.

Star Wars: Old Republic: Revan by Drew Karpyshyn was first on the media-related titles this month, and there was no new runner-up. There were only 10 titles nominated, down significantly from last month’s 20.

Halo: Glasslands by Karen Traviss took top honors in the gaming-related titles, and there was no new runner-up. There were 9 titles nominated, down from 15 last month. 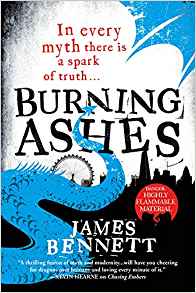 Award-winning artist and writer Shaun Chi Yeong Tan was born in Fremantle, Western Australia. He began drawing dinosaurs and space ships as a child, and is largely self-taught as an artist, apart from an art program attended in secondary school. His SF illustrations first appeared in Australian magazine Aurealis in 1990, and in 1992 he won the L. Ron Hubbard Illustrators of the Future Contest – making him the first