The Slow Regard of Silent Things by Patrick Rothfuss held onto first place for the fourth month in a row, and Firefight by Brandon Sanderson was second. Tales From the Nightside by Simon R. Green (Ace) was the new runner-up. There were 56 titles nominated, up from 54 last month.

In the paperback category, Patrick Rothfuss continued to dominate our list with a first place finish for his The Name of the Wind. George R.R. Martin’s A Game of Thrones (which tied for first last month) moved into second place. The new runner-up was Deathlands: Hive Invasion by James Axler (Gold Eagle), with 62 nominated titles, up from last month’s 60.

Repeating their first and second place finishes on the trade paper­back list for the third month in a row were, respectively, The Martian by Andy Weir, followed by Ann Leckie’s Ancillary Justice. Carousel Seas by Sharon Lee (Baen) is the new runner-up, with 29 nominated titles, down from last month’s 32.

Star Trek ruled last month with Star Trek: Deep Space Nine: The Missing by Una McCormack dominating the media-related list, followed by John Jackson Miller’s Star Trek: The Next Generation: Takedown in second. There were no new runners-up. There were 20 nominated titles, up from 17 last month.

Graham McNeill’s Warhammer 40,000: The Horus Heresy: Vengeful Spirit claimed the top spot on the gaming-related list, while Assassin’s Creed: Unity by Oliver Bowden held onto second place for the second month. There were no new runners-up with 13 nominated titles, down from last month’s 17. 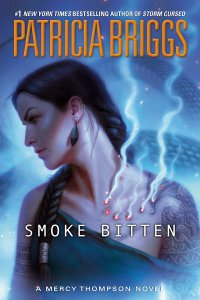