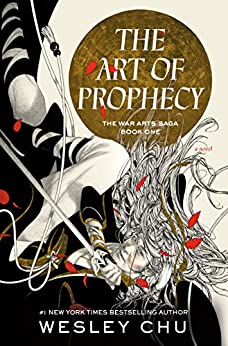 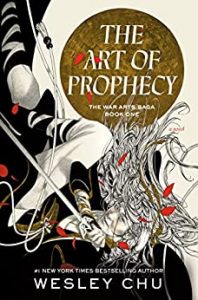 New York Times bestselling author Wesley Chu’s The Art of Prophecy, which kicks off his War Arts Saga trilogy, is the anti-Dune. Rather than chart the development of a random kid who fulfills a prophecy despite all of the obstacles in his way, Chu focuses on a kid who knows he’s the Prophesied One whose storied life-goal suddenly stops existing. Chu’s hero Jian has long been told he will kill the big bad Eternal Khan and bring peace to the land – but what happens when the Khan up and dies without the prophecy playing out?

To lean on this comparison even more firmly, where Dune is dour, The Art of Prophecy is sprightly. Frank Herbert’s Dune exists in a uni­verse where all humor has evaporated along with any moisture; The Art of Prophecy’s world is one where characters show a full range of human responses that include snide remarks, teenage sulkiness, and the occasional eye roll.

The Art of Prophecy, in short, is a heck of a lot more fun than most books about a hero growing into his heroism. It also widens its view to the others in the hero’s orbit, nearly all of whom are women who exist in the story to do more than teach Jian about himself. Like the viperstrike Sali, who wants to save her people in this time of turmoil. Or the Yoda-like Taishi, who is both a master martial artist and a keen political observer. Or the apprentice healer Meehae, who punches well above her weight class in a couple of differ­ent ways. Chu paints each of his characters, no matter how minor, with a fine brush. He makes it look easy to capture the right details needed to bring each to life.

He brings the same ease to the world these char­acters play in. Here martial arts styles mix with a dash of magic and Chinese culture on a many mooned planet. And while The Art of Prophecy comes to its own satisfying end, it’s hard to wait to see where Chu will be taking this story next.