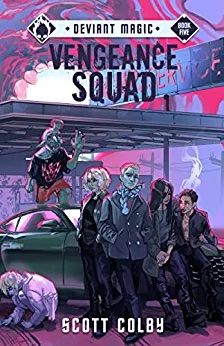 Urban fantasy novel, fifth in the Deviant Magic series. The Talisker tower in Detroit has exploded, and a ragtag team of losers team up to find the demonic evil behind the disaster.

Year’s best anthology of 30 stories, with a summation of the year 2021 in horror by Datlow and a list of honorable mentions. Authors include Brian Evenson, Gemma Files, Christopher Golden, Michael Marshall Smith, and Kaaron Warren.

Guymer, David: Descent: Legends of the Dark: The Tower of Nerek

Fantasy adventure in the world of Descent: Legends of the Dark. A holy warrior and a legendary hero fight to save a city from a demonic evil that threatens all of Terrinoth.

Danmei fantasy novel, the fifth in the series about an immortal sent to hunt troublesome ghosts and spirits in the mortal world, where he finds himself attracted to a mysterious young man. Originally serialized online in Chinese; translated by Suika. Illustrated by ZeldaCW. Includes glossary and name guide.

Gaming tie-in novel, set in the world of Arkham Horror. When a mysterious killer haunts Arkham, three struggling investigators must confront the eldritch horrors of their past.

Dark fantasy romance novel, second in the Adrian X Isolde series. Queen Isolde has finally found a worthy king in the vampire Adrian, but it has cost her her father and her homeland.

Epic fantasy novel, third and final in the series begun in The Empire’s Ghost. The surviving rogues of the Dragon’s Head gather allies and prepare to make their final stand as Imperator Elgar strives to conquer the continent.

Space opera novel of intergalactic war. Roth, an intelligence officer for the Ascendancy, is torn between duty and family when his legendary father goes missing.

Non-fiction, a selection of essays exploring ways SF and speculative fiction, films, TV, games and more look at survival in the future, from utopias to nightmares. SF works explored include Riot Baby by Tochi Onyebuchi, the MaddAddam trilogy by Margaret Atwood, The Dispossessed by Ursula K. Le Guin, and The Wandering Earth by Liu Cixin. 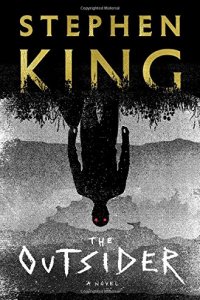 Karen Burnham Many authors who were published well before J. K. Rowling saw bumps in their sales because kids started picking up their books while waiting for the next Harry Potter to come out. Tamora Pierce, Pat Wrede, and all those other authors were then sold as the ‘next HP.’  We saw this again with Twilight–L. J. Smith’s backlist  suddenly became hot property. Every publisher has a vampire series suddenly.