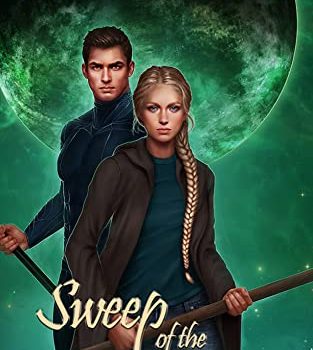 Andrews, Ilona: Sweep of the Heart

Fantasy novel, the sixth book in the Innkeeper Chronicles. The inn is forced to host an intergalactic spouse-search for one of the Galaxy’s most powerful rulers after Sean’s werewolf mentor is kidnapped.

SF novel, first in the War of the Xzorn series. A diverse group of five enter the Shadow Warrior academy, training to defend the galactic alliance on behalf of Earth.

Original anthology of 19 stories in the Valdemar universe, including one by Lackey. 16th in the series.

Lackey, Mercedes: Into the West

Star Trek tie-in novel. Captain James T. Kirk and the crew of the Starship Enterprise go in search of a missing Federation scientist—only to become trapped between a Klingon warship and Starfleet’s mysterious Operation: Vanguard.

Fantasy novel. The city of Ilmar struggles under foreign occupation, along with a powerful criminal underworld, greedy factory owners, and an ancient curse.

Tuomala, A.M.: The Map and the Territory

Fantasy novel, illustrated by Heeseon Won. An earthquake shatters the city of Sharis, leaving cartographer Rukha Masreen stuck in the ruins, with a wizard companion.

September 4, 2015 admin Comments Off on New and Notable Books, September 2015

Ellen Kushner lives in New York City with her wife, the writer and teacher Delia Sherman. They have no cats, just plane tickets and theater stubs. After college, Kushner lucked into jobs as a fantasy editor for Jim Baen at Ace Books, and then for David G. Hartwell at Pocket/Simon & Schuster. She quit to write her first novel, Swordspoint, which took longer than she thought it would, so she