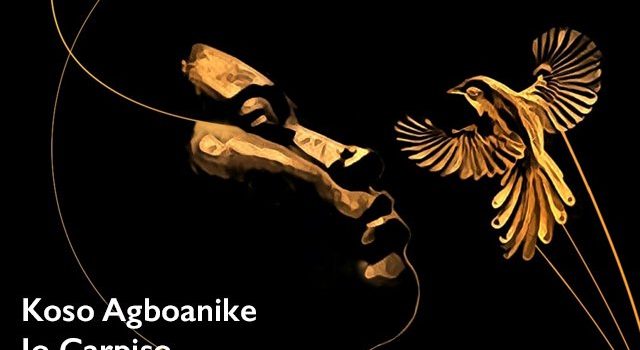 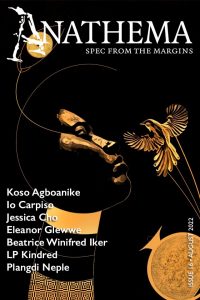 Zooscape’s August issue continues the mission of showcasing furry speculative fiction, and pulls no emotional punches with its opening story, “The Best Way to Pro­cure Breakfast” by Dana Vickerson. In it, a cat named Pho is hard at work trying to get his human to stick to the script of feeding him. Something is wrong, though, that has caused his other human to be absent and his remaining “parent” to seem unable to get out of bed. Limiting the perspective to Pho is a sharp way to slowly reveal the tragedy involved in the situation, and Vickerson paces the narrative beautifully to land hit after hit. Cat lovers will find plenty of reasons to smile even as many readers, like myself, might end up wiping away tears by the end. Divyasri Krishnan leans even harder into a bleak limited perspective in “The Sacrificial Mouse”, which follows a group of lab mice (and one wild mouse) into space and back again. Krishnan captures both a sense of sci­entific need and curiosity with the cruel realities of animal testing and experimentation. The result, shifting the focus to literal lab rats, pushes read­ers to confront the often brutal march of science and the false narratives spun about the hollow honor of being killed for so called “progress.” As always, I appreciate how Zooscape doesn’t stop at recognizing that all furry fiction is already speculative. Each of the stories represents a blend­ing of genres, from science fiction to fantasy to a weird mix of the two, with furry elements that combine into a compelling and captivating whole.

Anathema has been running a little behind sched­ule for about a year now, but with their August issue, things seem to be getting on track. The issue is full of strong work from queer BIPOC authors, including the standout “Wanderlust” by LP Kindred. The story finds Alonzo, a writing pro­fessor with some commitment issues, approached by the dashing and mysterious Coco, who seems almost too good to be true. Kindred interrogates that impulse to label something as “too good,” though, showing how it gets between Alonzo and what his heart aches for – a love that can break the walls of the universe itself. It’s only through giving in and believing that he deserves the joy he finds that Alonzo can unlock a power that can overcome any obstacle. The writing is alive with humor and with a building warmth and romance, unfolding under the shadow of tragedy without being pulled into its gravity well. Moving to poetry, Jessica Cho weaves movement, trauma, and plant imagery together in “Water, to Grow a Garden”. The narrator of the piece has been uprooted, moved into a different and often hostile environment cut off from their history and roots, where water and care alone are inadequate to thrive. And Cho challenges, using plants as guides and metaphors, whether that survival is a victory because it is difficult and defiant, or looking at what healing and wholeness might mean for those trying to grow in soil lacking in the nutri­ents they need. Beatrice Winifred Iker evokes family, resistance, and identity in “I Shall Not Surrender”. The poem finds a house poisoned by conflict, by a past that cannot be fully evicted or ignored. The resistance, the lack of surrender, comes for the narrator from living with the trauma and generational pain with open eyes, knowing that some wounds cannot be healed but neither must they prove fatal. Pain and injustice might be wounds the house cannot be fully healed of, but they can still be reckoned with, still be seen and shouldered. For Iker, not surrendering seems to hold different and concurrent definitions – not giving into the weight of history and painful memories, and also not giving them up, not letting them be forgotten.

Cynthia Ward stepped out from her occasional editing role at Black Cat Weekly to author a rather delightful flash fiction there about crowdfunding space exploration in “The Campaign Is Now Officially Complete”. Told as a series of updates to a crowdfunded mission to explore a newly discovered habitable planet using largely untested technology, the story slides from peppy marketing speak to something much more haunting. Ward provides a critical look at the insidious ways sci­ence’s need for money to study and experiment can lead to nightmarish outcomes under late capitalism. Like a lot of my favorite horror, it manages to be a lot of fun while leaving unsettling and chilling implications. 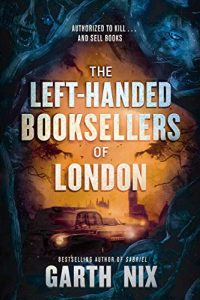 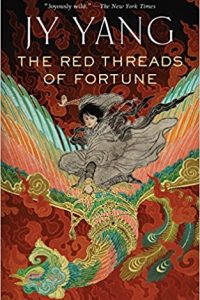 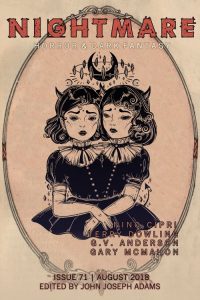