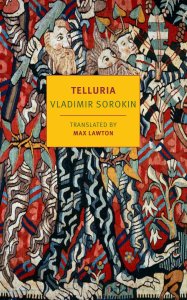 Vladimir Sorokin is a postmodern, pissed-off Stanislaw Lem. In line with his belonging to a younger generation (Sorokin was born in 1955, Lem in 1921), Sorokin is less cerebral, more emotionally “hot.” But while not necessarily as deeply invested in philosophical/ontological/epistemological issues as Lem was, Sorokin shares Lem’s abilities to push old tropes and novums to the extreme, while inventing entirely new and startling conceits, often couched in vibrant neologisms, absurdist scenarios, and alien perspectives. Both men exhibit a fairly cynical, even misanthropic take on humanity. And yet the underlying leitmotif in all their works is that humanity could be a helluva species if we could only get out of our own way.

I first encountered Sorokin’s work in 2011, when I reviewed two of his books—Day of the Oprichnik and Ice Trilogy—for The Barnes & Noble Review. At that time, they were almost the only Sorokin texts available in English. But around that same period, we quickly got The Blizzard and Their Four Hearts. His first novel, The Queue, has just come out almost simultaneously with Telluria. And his US publisher, NYRB, reveals they have six (count ‘em, six!) more Sorokins in the pipeline. What a great time to be a fan!

In that B&N piece, I categorized Sorokin as “a Swiftian writer steeped in genre tropes, the Russian equivalent of a US Baby Boomer raised on a diet of pop culture iconography filtered through the idiosyncratic Russian mentality.” That assessment remains operative in his latest.

But first, before delving into the plot, such as it is, let me inform the reader that the book is not precisely a “novel,” whatever that term might generally indicate. It consists of fifty chapters, some the length of a short story, some just a paragraph long. And while a few characters recur and cross paths, there’s a new cast and setting in nearly every chapter. Thus we get a bricolage portrait of a strange world. I was reminded a bit of John Brunner’s Stand On Zanzibar, although there’s no “multimedia” bits in Sorokin, and Brunner had more “through-lines.”

Telluria at first appears to be canonically speculative: i.e., an actual rigorous extrapolation of our current situation, using the familiar present as a baseline. We are in a post-collapse era, where the world has fragmented into fiefdoms, with lots of sociopolitical regression, but also with oases of unevenly distributed advanced technology. But we soon learn that although there are many overlaps with our reality—maybe the two venues are ninety percent historically congruent—there is at least one major difference, and that is the element “tellurium.” As Chapter 27 reveals, “[Tellurium] was first discovered in 1782 in the gold-bearing ores of Transylvania.” To condense the long backstory of this imaginary disjunctive element, it is soon learned that when a spike composed of tellurium is literally driven through the skull and into the brain, miraculous psychedelic things happen—with the user even living to tell about it, unless extremely unlucky.

“The diaphragm of the neuron and the tellurium atoms interact rapidly,” Alisha continued. “But only if the nail is beaten into the right place. The tellurium is oxidized and the diaphragm loses its fatty acids.”

“Yes, yes, yes!” Snowball feverishly affirmed. “It’s a stunning, unbelievable process my friends, the lipid diaphragms of the neurons literally lick the tellurium atoms from the metal with their fatty acids, lick like tongues, lick, lick, then oxidize them, while they themselves rapidly soften and another process begins in the neurons, in the brain and—O, ye lucky being—the person enters into their desired space! How wonderful, ladies and gentlemen!”

The former region known as the Altai has now become the state of Telluria, a wealthy and potent nation devoted to this drug.

(We should stop and mention here that Sorokin loves his outrageous drugs, having previously featured one that is consumed in the form of a live fish, akin to Jeff Noon’s surreal feathers in Vurt.)

However important Telluria is, most of our action takes place in Moscow and vicinity. And Sorokin is going to present us with as vast and broad a panoply of characters and strata of society as anyone could want. We see everyone from simple farmers to cannibals; from “littleuns” and “biguns” (transgenic dwarves and giants) to revolutionaries; from lovers to soldiers; from scientists to politicians. These vignettes, I came to realize, form a kind of Canterbury Tales, especially appropriate since Sorokin continually compares his future to the Middle Ages, even using ancient speech patterns—lots of “verily” and “ye” for instance—and the sense of being in a Bruegel canvas is strong.

Sorokin mixes and matches a lot of influences. There’s a bit of Houellebecq in the riff on a war with Islam. There’s a smattering of Riddley Walker in the way characters misinterpret our era. Bunch’s Moderan is a kissing cousin to many of the scenes, especially where characters bloviate on power trips. Isaac Bashevis Singer can be spotted in a segment like that constituting Chapter 24, about a simple peasant tricked out of his earnings. (But what was he selling except a “roan horsphere,” a kind of tiny transgenic equine.) And to culminate, the final chapter channels none other than Allen Ginsberg and Walt Whitman!

While, naturally enough, the satire on Russia and the USSR is dominant over jabs at other nationalities, this book offers in its universality a rich commentary on human folly and ambition, hopes and fears, along the lines of Ishmael Reed’s classic, The Freelance Pallbearers. 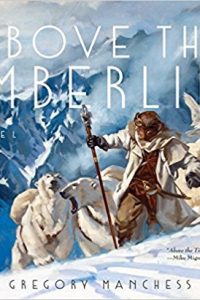 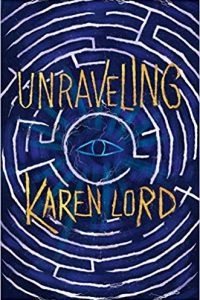