Check out this cool cover reveal from Potentia Press: a stunningly futuristic cover of Hamlet, Prince of Robots by M. Darusha Wehm. Love the neon skull!

Praise for the Book:

“Like Succession meets Blade Runner … an extremely compelling and satisfying read that allowed me to investigate my own place in our time of communion and interdependence with machines.” —Pip Adam, author of Acorn Prize winner The New Animals

“I had a grin on my face from the first sentence of this book to the last. Hamlet, Prince of Robots is enormous fun and a real gift to lovers of Shakespeare or science fiction or both, exploring the themes of the original through an exciting new lens. Familiar and surprising, clever and moving: I enjoyed it immensely.” —Kate Heartfield, author of Sunday Times bestseller The Embroidered

Something is rotten in the state of cybernetics.

Elsinore Robotics is on the cusp of a breakthrough—the company is poised to create the first humanoid androids powered by true artificial intelligence. Their only rival, Norwegian Technologies, lost a publicly streamed contest between their flagship model, Fortinbras, and Elsinore’s HAM(let) v.1.

But when the first Hamlet model is found irreparably deactivated, the apparent victim of wild malware, the field of consumer cybernetics is thrown wide open. However, Hamlet v.1’s memories were not entirely lost in the accident.

Hamlet v.2 swears to avenge his progenitor, but is plagued by the aftereffects of integrating Old Hamlet’s backup into his own neural matrix. Beset by doubts about whether his feelings are truly his own, he worries his love for his boyfriend, Horatio, is an illusion, all the while driven by a consuming need for revenge. While he has a method, there is a madness in it, and Hamlet’s actions will leave no corner of Elsinore unscathed.
A beat-by-beat retelling of the Shakespeare classic, Hamlet, Prince of Robots grapples with conscience, ambition, and pain, and what it means to be, or not to be, human.

Hamlet, Prince of Robots comes out January 31, 2023 in ebook and hardcover. 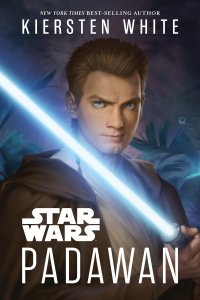 Readercon 30 was held July 11-14, 2019, in Quincy MA. Guests of honor were Tananarive Due and Stephen Graham Jones; Edward Bryant was the memorial guest of honor. Total attendance was 700; highest warm body count an estimated 650 on Saturday. The focus of Readercon is “imaginative literature” – literary science fiction, fantasy, horror, and their intersections. Programming was deliberately organized, with topics ranging from book-club style discussions to academic