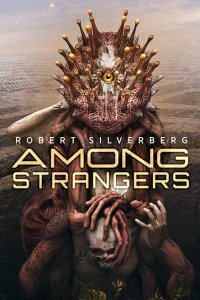 This generous new compilation containing a choice selection from Robert Silverberg’s vast output from his mid- to late-career apex allows us to do several things simultaneously. First, and primarily, we get to enjoy some excellent fiction which might be otherwise hard to come by. (I note on ISFDB that recent editions for the three novels herein are all many years in the past.) Second, we get somewhat representative snapshots of what the genre was like at three different moments from the years 1967 to 1992. (Taking into account Silverberg’s uniqueness, he was still embedded in the zeitgeist.) And third, we can chart Silverberg’s development as a writer, since the tales are arranged chronologically. If that’s not value for your book-buying dollar, I don’t know what more can be offered!

Oh, wait, there’s a fourth bonus attraction. Silverberg provides lengthy introductions that are informative and illuminating passages of autobiography and larger musings. His stringent and taut and colorful current-day prose makes one wish he were still writing fiction.

The first novel, Those Who Watch, from 1967, reveals a Silverberg just transitioning from the fluent pulpster of the 1950s and early 1960s into the mature artist waiting just around the literary bend. It exhibits the straightforward concepts and presentation of 1950s magazine SF along with a tad more subtle characterization (including sexual matters) and ambivalent tonality.

The setting is New Mexico. We meet our three (human) protagonists: Charley, a Native American lad; Kathryn, a widowed single mother; and Tom, a career military man. The story takes place in 1982—i.e., the 1967 writer’s future—and there are sufficient satisfying speculative details to render the milieu different from 1967. What will unite these three characters is the explosive demise of an alien spacecraft. It turns out that Earth has been, and is still being, observed in secret by at least a couple of alien races. When one ship malfunctions, its three crewmembers—wearing organic human disguises—plummet to Earth. (Shades of The Man Who Fell to Earth from 1963 and Zenna Henderson’s People tales.) Injured, each of the aliens is adopted covertly by one of our heroes. What next transpires is a low-key but affecting depiction of how the particular lacks and sorrows and ambitions of the three humans resonate with the natures of the aliens, who themselves embody different aspects of emotion and existence. The main plot tension arises from the presence of a fourth alien from a rival culture who is seeking the three castaways also. But the pursuer is presented as something of a buffoon, and the emphasis remains on a Sturgeonesque exfoliation of loneliness, desire, and compassion between two separate species. The book foreshadows similar ventures like E.T. and Close Encounters of the Third Kind.

Next up is my personal favorite of the trio, The Man in the Maze, from 1969. I have not read this book since its first appearance, when I loved it for the shallowest of adolescent reasons: all the gadgetry and weirdness and suspense inherent in the titular alien maze, which is a kind of killing machine like the artifact in Budrys’s Rogue Moon (1960). That aspect of the book still appeals, of course, as Silverberg conjures up alien technology and the ways the humans contend with it. But what I newly found to be paramount was the subtle and deep portraits of Richard Muller, the tainted and exiled misfit forced to live apart from humanity, and the young man who is inveigled into luring him out, Ned Rawlins. The emotional interplay between these two is as deft as anything by Edward Albee, and we are given no easy answers regarding the ethical issues involved. Silverberg’s tale remains multivalent and ambiguous, and the ending of the book is up in the air till the final pages. Iain Banks or Alistair Reynolds might have written this one just yesterday. This book is to Those Who Watch as Lord of the Rings is to The Hobbit.

Tom O’Bedlam (1985) is one of the few Silverberg novels I had not previously read, and I was tickled to find it rather Phildickian and Lovecraftian. The USA in the year 2103 has experienced a conflict known as “The Dust War” which has left the nation in partial collapse. Our story venue, the West Coast, is in fact cut off from knowing anything about the rest of the country beyond Denver, and society there struggles to cobble together some day-to-day stability and functionality. Once again, as with Those Who Watch, we get the narrative through a multiplicity of viewpoints. There’s Tom himself of course, a strange simpleton-savant; Elszabet, a doctor who runs the Nepenthe Clinic, where criminals undergo memory deletion in an attempt at reformation; and Barry, a failed anthropology professor set adrift without much purpose. What comes to unite these three is another alien intrusion—that is, after all the theme of this volume—but one that is mental, not tangible. People everywhere—with Tom being the most powerful receiver—are experiencing visions of alien worlds (with a distinctly Cthulhuish bent). An entire cult movement has flared up to accommodate and rationalize these dreams. Do these visions represent any reality? Or is it a mass psychosis? And is the origin to be found in the cosmic reaches, or here on Earth? If we hear echoes of VALIS (1978), I’m sure it’s deliberate. This novel represents a darkening of Silverberg’s vision, wherein nobody emerges as noble and it’s pretty much an unsavory end for everyone. Technically speaking, the juggling and interplay among the multiple viewpoints is several quantum leaps above that in Those Who Watch.

Finally, as lagniappe, we get the novella “The Way to Spook City”, about one man’s odyssey into the alien-transformed terrain that forms a portion of the USA. It’s a deft blend of Roadside Picnic filtered through a kind of Lucius Shepard sensibility, but quintessential Silverberg nonetheless.

If these four tales represented the sole lifework of an author, we’d say the writer had earned a place in SF’s hall of fame. As it is, they represent merely the tip of a massive oeuvre that justifies Silverberg’s status as Grand Master and demonstrates the undimmed power of his storytelling prowess. 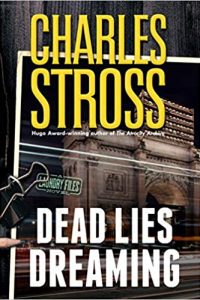