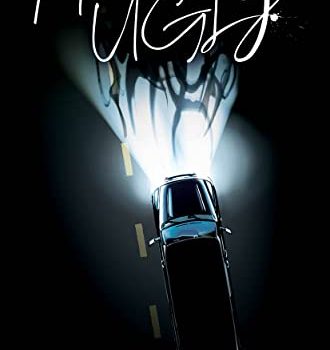 Horror novel. The psychic Gertie, a detective, and a teen fight a malicious entity that possesses people, forcing them to kill in sadistic ways.

Like This Poison Heart, This Wicked Fate deals largely with family, the kind you’re born into, the kind you build along the way, and the kind you rediscover. Karter and Bri act as contrasts. Both have large families with roots extending into the Greek pantheon, but while Bri’s offers unconditional love and boundless support, Karter’s is determined largely by one’s worth and power.

Anthology of 22 occult stories from 1888-1911 during the occult revival of the British Isles. Authors include Arthur Conan Doyle and Aleister Crowley. This is the first book in a planned series on occult fiction.

Fantasy novel inspired by Ghanaian folklore and Aragian mythology. Three women must work together to fight a cruel empire.

Gomillion, Agnes: The Seed of Cain

Fairytale fantasy novella, a sequel to A Spindle Splintered. Zinnia Gray is getting tired of rescuing sleeping princesses when Snow White’s evil queen turns up, wanting a better ending for her story.

Urban fantasy novel set in a magical New Orleans, where nine songs of power have escaped, the Haint of all Haints is angry, and it’s up to three children to save the city they love.

SF novel about reality show where contestants are hunted and killed as public spectacle. Frankie agrees to be assassinated on a reality show to save her brother from financial ruin.

Fantasy novel, the fourth book in the Dandelion Dynasty series.

Matthews, John: The Great Book of King Arthur & His Knights of the Round Table

Retelling of the story of King Arthur, pulling together various original versions of Arthur and his knights, from Celtic stories to Malory’s Morte D’Arthur and tales from other lands. Foreword by Neil Gaiman. Illustrated by John Howe with 15 full-color paintings and 25 pencil drawings.

McClellan, Brian: In the Shadow of Lightning

Fantasy novel, the first book in the Glass Immortals trilogy. Exiled general Demir Grappo returns to take his seat as head of the family after his mother is killed over a secret: magic is running out, and no one knows how to stop it.

McIntosh, Will: The Classmate

Medieval fantasy novel about a village with a cruel lord, a delusional motherless boy, and a woman who can communicate with the natural world.

Those who’ve read Moshfegh’s collection, Homesick for Another World, will know she has a predilection for rot and decay, for bodily fluids and physical disfigurement. While it’s a proclivity that’s less overt in her novels, the general misery and violence of the Middle Ages allows Moshfegh to indulge that aspect of her work.

Gothic horror retelling the Brothers Grimm fairytale “The Juniper Tree” in the same world as The Wolf and the Woodsman.

Body-swap novel. Two women can swap bodies, but their reliance on each other’s strengths becomes a problem when they deceive each other.

Vilhjálmsson, Alexander Dan: The Storm Beneath a Midnight Sun

Fantasy novel, standalone follow up to Shadows of the Short Days. Recovering addict Elka flees war in Reykjavík to find a new life on a remote fishing island that has peculiar magical properties.

Ten out of every 100 years is “Nightfell” — a span of darkness when monsters destroy what civilization remains. In the last days of the latest Nightfell, Dolen goes in search of herbs to save his pregnant wife’s life.

Update: The Kickstarter effort has closed now, and we raised $24,197 towards our archival efforts. Thanks so much to everyone that chipped in for this! There’s only a few hours left to donate, and if you do you can get a t-shirt with a Shaun Tan design on it made specifically for this effort. We’re still about $2300 short of where we’d love to be (although we’ve more than doubled