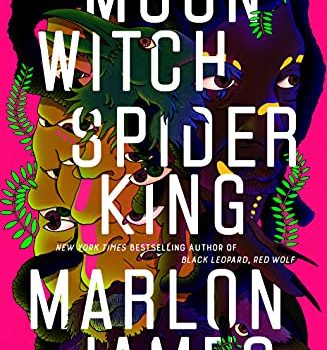 The Locus Bestsellers for March include top titles Moon Witch, Spider King by Marlon James (Riverhead), The Name of the Wind by Patrick Rothfuss (DAW), and Piranesi by Susanna Clarke (Bloomsbury US). 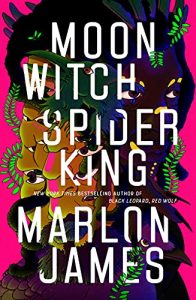 Moon Witch, Spider King by Marlon James, the second book in The Dark Star trilogy, debuted at the top spot on our hardcover list, followed closely by the second book in Sarah J. Maas’s Crescent City series, House of Sky and Breath. Our runner-up was Tochi Onyebuchi’s adult novel debut Goliath (Tordotcom). We had 46 nominated titles, down from 54 last month.

Dune’s lock on the top spot of the paperback list ended this month, with old favorite The Name of the Wind by Patrick Rothfuss moving back into first place. Robert Jordan’s The Eye of the World, the first book in The Wheel of Time series, came in a close second. There were no new runners-up. Fifty-seven titles were nominated, up from last month’s 38.

After months on the trade paperback list, Piranesi by Susanna Clark moved into first place, in a tight race over our second-place finisher, TJ Klune’s The House in the Cerulean Sea. Manhunt by Gretchen Felker-Martin (Nightfire) was our new runner-up. There were 68 nominated titles, down from last month’s 69.

For media and gaming-related books, no book received enough points to make our list. There were no new runners-up. We had 22 nominated titles, up from 15 last month.

See this listing and more like it in the May 2022 issue of Locus.

F.J. Bergmann is the editor of Star*Line, the journal of the Science Fiction Poetry Association, and the poetry editor of Mobius: The Journal of Social Change. Her poetry awards include a Rhysling. Her fourth chapbook, Out of the Black Forest, a series of conflated fairy-tale poems, will be published by Centennial Press in 2012. She manifests variously at Fibitz Reality Adjustment. In my capacity as the editor of Star*Line (and