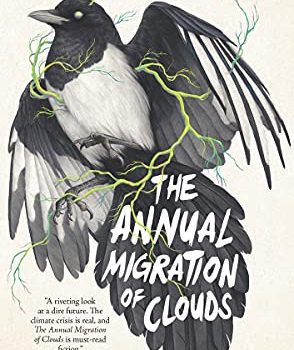 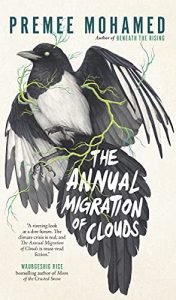 Premee Mohamed’s The Annual Migration of Clouds isn’t interested in telling a story like Ogres’s, one where the main character goes on a journey to become a hero. At first, though, it feels like that’s the arc that is being set up: Reid, a young woman, receives a one-in-a-million invita­tion to go to a university. The journey there will be arduous. Just when you think you are about to head out on the road with Reid, Mohamed shifts her focus to the potential consequences of her leaving. Reid isn’t a hero who will face a finite number of trials. She’s just a kid grappling with the guilt of leaving her mother to fend for herself.

While guilt is a great motivator, the greater motivator is Cad, a ‘‘semi-sapient fungus’’ that infects most people in this post-climate collapse corner of Alberta. Cad is content most of the time to just let its host live their own life. But the instant the parasite feels that its host is in danger, it will do anything to bring that host back to a place of safety, no matter if the host itself is on-board with this plan.

Reid uses the time between her acceptance to the university, which appears to be in a dome where the standard of living is higher than her current home, and her departure to set her mother up with all of the care and calories she will need in the near future. She takes risks; the Cad pushes back. The story becomes about this push-pull and not about her decision. It also becomes a loose al­legory for addiction, maybe, if you read it from an angle. There are some bits that don’t feel like they fit in this world at this time – but are interesting nonetheless. The Annual Migration of Clouds is an uneven but interesting story with moments that cut like glass. 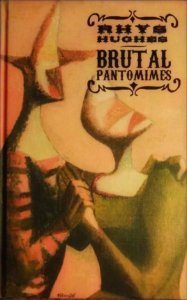