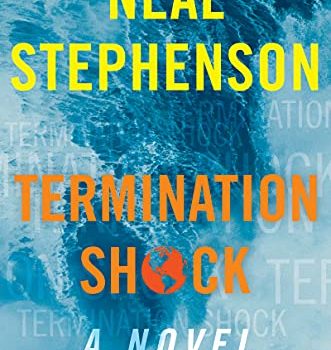 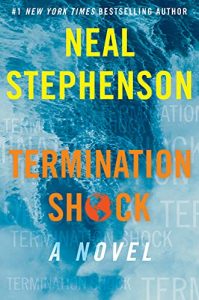 In its first month of release, Neal Stephenson’s new standalone novel Termination Shock jumped to the top of the hardcover list in a close race with our second-place finisher Andy Weir’s Project Hail Mary. There were no new runners-up. We had 48 nominated titles, up from 46 last month.

Dune by Frank Herbert continued to dominate the paperback list, taking first place and followed by its sequel Dune Messiah. There were no new runners-up. Forty-five titles were nominated, down from last month’s 59.

On the trade paperback list, The House in the Cerulean Sea by TJ Klune regained the top spot with Dune in second. Our new runner-up was Josiah Bancroft’s The Fall of Babel (Orbit US), book four in his The Books of Babel series. There were 57 nominated titles, down from last month’s 59.

On the media and gaming-related list, Star Wars: Thrawn Ascendancy: Lesser Evil by Timothy Zahn barely edged out David Mack’s Star Trek: Coda: Oblivion’s Gate for first place. There were no new runners-up. We had 18 nominated titles, up from 16 last month.

This report and more like it in the February 2022 issue of Locus.

On this week’s podcast we have Brett Cox (Norwich University) and Andy Duncan (Frostburg State University), co-editors of the anthology Crossroads: Tales of the Southern Literary Fantastic. They discuss being on awards juries, slush pile reading, stories with crazy energy that can inspire strong reactions (both positive and negative), writers and critics, and being Southern writers. Note: at the end Brett mentions the eBook anthology Southern Fried Weirdness: Reconstruction, which