Fan and convention organizer Bill Wright, 84, died January 17, 2022 in the Alfred Hospital in Melbourne, Australia, the day before his 85th birthday.

Wright, born 1937, was a stalwart of Australian fandom since the late 1950s. He was a founding member of both ANZAPA and the Nova Mob; HonSec of the Eighth Australian Science Fiction Convention (the eighth Australian Natcon) in 1969; secretary of Aussiecon in 1975; awards administrator for the Australian Science Fiction Foundation; Life Member of the Melbourne Science Fiction Club; founder of Meteor Incorporated; and DUFF delegate in 2013. He received the A. Bertram Chandler Award for Lifetime Achievement in 2017. He is particularly noted for establishing the Norma Hemming Award for Race, Gender, Sexuality, Class and Disability in Australian Speculative Fiction, and organising it for six years. (Thanks to Fancyclopedia 3 for some of this information.)

His fanzines and apazines included The Antipodean Areopagus, Aussie Transpacific, Interstellar Ramjet Scoop, The Planet of the Eggs, Waiting for Paul J. Stevens Fanzine, and The Wright Stuff.

He’d undergone an exploratory operation for bladder cancer, returned home about a week ago, then rang to say that he had fallen at home and “thought he had broken his back.” He was reachable at the hospital for a couple of days, then not. Thanks to Dick Jenssen for doing his best to stay in touch with his friend of over 60 years, and thanks to Bill’s sister Rosemary Wright for telling us the sad news. 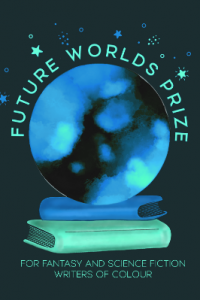