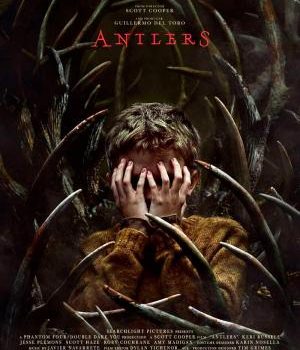 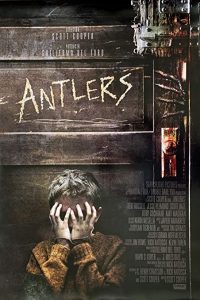 Josh: Here’s one that I think deserves a little more attention than it got. It got delayed a couple of times, was in and out of theaters really quick, and didn’t make a lot of money.

Arley: I’d been waiting a while to see this one! I’m a horror fan, and this was a solid horror movie.

Josh: Definitely a horror movie, but it ended up being more sad than scary. I came out of it thinking this was a very, very good X-Files episode.*

Arley: Coming from you, that’s a compliment!

Josh: Absolutely. I actually liked this movie a lot. It was everything that happens in in the first five minutes of an X-Files episode before the opening credits. Everything the local sheriff does before they end up calling the FBI. That’s kind of fun.

Julia (Keri Russell), an elementary school teacher in small-town Oregon, discovers signs of abuse in one of her students, Lucas (Jeremy T. Thomas). Her brother Paul (Jesse Plemons) is the local sheriff, and while investigating the case, they discover that Lucas’s home contains more monsters than just a neglectful parent.

Antlers brings slightly heavier firepower than would be expected to what is essentially a low-budget creature feature, leaning on the talents of Crazy Heart director Scott Cooper and Brand New Cherry Flavor‘s creator/showrunner/writer Nick Antosca, with Guillermo del Toro producing. As a result, it looks good, with poverty-stricken bleakness in nearly every shot, and an arresting monster design.

While the script follows standard expected plot beats, there are still one or two surprises. A small example: Lucas finds a skunk on the way back from school, and crushes its head with a rock. At first, you wonder if he’s displaying classic cruelty-to-animal behavior as a result of his home environment, but then he puts it in his backpack and you then think he’s just trying to feed himself because his parents don’t provide food. (But then you discover what his real purpose is.)

Arley: They went as dark as I wanted them to, which not all horror movies do, so I appreciated that.

Josh: They totally did, but I was hoping they would spend some time trying to reverse that, instead of giving in to the inevitability of the horror.

Josh: At that point I kind of disengaged because then I was no longer actively trying to figure out how to solve the problem. But that’s fine, because that’s really not even the point of the story. The theme is, basically, child abuse, and dealing with that, even as a grown up.

Arley: And, of course, the sociopolitical commentary around the limitations of the state. Of what teachers can actually do.

Josh: Right—they’re cooking meth, and that’s what kicks off the whole thing, and it becomes a downward spiral. People start questioning: is it abuse, is it neglect, or is it just poverty? And it took an abused person to recognize the abuse happening.

Arley: The parallels of abuse between various characters were really interesting, because it does kind of point to the way that we tend to focus on our own problems. It’s like, everybody’s got problems, and we don’t really make space for each other to have problems. Julia and her brother each had their own story in their head, their own narratives about what their childhood was like, without really looking at what the other person went through. And they’re both right. And they’re both wrong. I thought that was a really clever bit of writing.

Josh: I would have liked to see a little bit more of the monster, actually, but that’s probably a budgetary concern, or whatever. When we get to see it, it’s amazing. Like when it’s wearing a human face? I was quite delighted by that.

Arley: I liked the burnt-out husk of the body it bursts out of. I thought that was a really cool visualization of transformation, and demonstrated the idea that this is an evil that leaps from body to body. There were some moments of tension that, I think, most movie-goers will find really effective. And a handful of quality horror shocks – those polished, brutal moments you get with smart horror.

Josh: The cast was surprisingly good, for a monster movie like this. I love Kerri Russell, so that was a definite boost to it. I’m not a huge Jesse Plemons fan, but he shows up in everything, a very hard-working actor, which I respect. And sometimes kid actors are shit, but these were both pretty good.

Arley: I had a minor problem with the version of the Magical Negro trope they used for Graham Greene’s character, which happens a lot with non-white characters in film. I acknowledge that they tried to make him slightly more fleshed out. He didn’t only show up just to give them answers. I thought they were gonna do something really smart with it, because early on, they asked him a question and he stares at them for a moment and then walks away. I was like, that’s gonna be so dope if he’s basically like, I do have the answers, but y’all are on your own!

For scary stories by Native American creators, we recommend The Only Good Indians by Stephen Graham Jones or Reservation Dogs, created by Sterlin Harjo & Taika Waititi. But if you’re just looking for a quick, efficient monster movie, check out Antlers.

*Coincidentally(?), Antlers director Scott Cooper also acted in an episode of The X-Files. (And in an Austin Powers movie.)

Written by: Henry Chaisson, Nick Antosca & Scott Cooper, based on a short story by Antosca 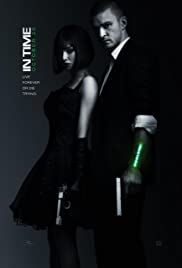 Eight Hours of Writing about Two Hours of Film: A Review of In Time 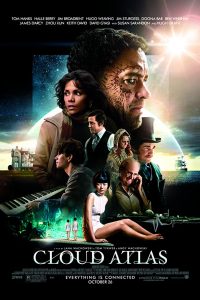 Somber and Silly Symphonies: A Review of Cloud Atlas 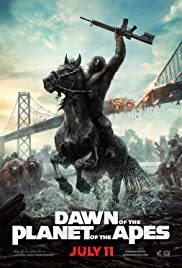 ‘Carrying That Weight’: A Review of Dawn of the Planet of the Apes