Back when work on this year’s ICon started, it really did look that we might be going back to the way things used to be, and we would have an in-person convention. The plan was not to let all the work done over the past year and a half go to waste, but have a convention that would be two in-person days and a third virtual day. This plan sadly had to be abandoned as another wave of the pandemic hit and it was decided to adopt a hybrid model, which I guess will become the standard for conventions, not only in Israel but world-wide. This had to be done in almost the last minute, and the convention staff worked day and night to make it happen, to great effect.

In the convention venue itself we had two lecture and panel halls, two workshop rooms, a room dedicated to children’s content, and six gaming rooms. All of these operated under the Ministry of Health guidelines. In addition, there were two more virtual halls and three virtual gaming platforms, for up to 16 events running at any given time. ICon’s website had a virtual fan lounge, a maze with clues to solve, and a virtual dealers’ room.

As in every other year, while this ICon had a theme (“Development”), the content was varied and fascinating. There were panels on the current trends in Hugo nominees, beta reading, fanfiction and tips from a hydrologist, an electrical engineer, and an archeologist about what fictional cities have wrong with them and how to design a more realistic fantastical town. Lectures ranged from the representation of differently abled people in How to Train Your Dragon; to the moral choices in Mass Effect; to why we feel the need to give robots, in fiction and in real life, gender; to law systems in fantasy worlds. Among the workshops attendees could learn how to add pockets to their clothes, print 3D cosplay items, or make dinosaur eggs while learning a little about evolution. The virtual platform enabled the con to have three amazing guests – Lois McMaster Bujold, Ellen Kushner, and Delia Sherman. They were captivating and insightful and amusing, and generally just great to listen to. More than 1,700 tickets were sold for in-person events, and over 400 people bought passes for the online channel (that will allow them access to the entire content of the convention for six months, before it’s made available to all, free of charge).

While the hybrid model worked great, it did have its drawbacks. After a year and a half and what was essentially the fourth (or maybe fifth) online convention, “Zoom fatigue” hit us hard, speakers and audience alike. Speaking to people after the convention I also heard some say they got the feeling there were “two conventions.” A convention that is either all in-person or all virtual has a unifying effect which apparently was a little lost in the two channels model. Personally, I had a bit of a shock when I got back to the venue for the first time in way-too-long. There is a reason ICon is called a festival in the last few years. Because of the facilities – and thanks to the weather – we don’t have a dealers’ room; we have a dealers’ “avenue” outside the buildings themselves. There is an arena where warriors in cosplay battle for glory. ICon is a colorful, lively, noisy, crowded place usually, and arriving there to see just a high school basketball court was somewhat demoralizing.

But once inside, seating with friends (everyone wearing masks, of course) in a lecture hall, listening to a lecture about the problems of translating genre literature to Hebrew – it all came back. Fandom and conventions are about people, about community. There is no denying that the virtual tools we learned to use over the past months will let us expand this community. They will enable us to allow people that can’t, for whatever reason, take part in person to be a part of fandom and a part of ICon. We are currently working on the next convention – a one-day convention in December – and a couple of days ago I was in a (Zoom) meeting about its format. A lot of the discussion was devoted to what we can learn from this year’s ICon going forward, how we can use these new tools to create a hybrid convention that would be more cohesive and more community building and inclusive. I am absolutely positive that we’re not the only ones having this conversation; it’s happening all over the world in many languages – because this is what fandom and conventions are about. 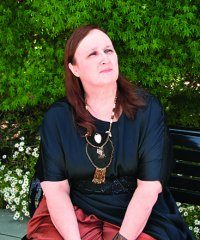