Like most authors, I have more experience writing beginnings than I do endings, but perhaps not in the way one would expect. Some of this is an artifact of the linear way we have evolved to see time. It’s how many of us were taught to approach narrative. For many years I began every story with a scene, an inciting incident, a mood, a situation, and wrote until I figured out what happened next.

My approach has changed over the years, as I’ve found I have less time to dither around trying to figure out where a story is going as I’m writing instead of before I start writing. Those who have always rigidly outlined their work before beginning probably find this idea horrifying, but I enjoyed the process of discovery – right up until I realized I had dozens and dozens of beginnings, a few middles, and not a lot of endings. Instead of working on a beginning until it panned out, I’d throw them out and start on something new – which wasn’t a great way of bringing an idea all the way through the development process.

Also, it turns out it’s difficult to sell work that’s just a lot of one-line beginnings and middles, unless you’re Chris Van Allsburg writing The Mysteries of Harris Burdick, I guess.

I’m a prose writer, though, with a penchant for novels, and I knew if I wanted to get better at writ­ing novels I needed to actively practice getting through a complete arc – a beginning, middle, and end. To achieve this I needed to stop writing so many beginnings and focus on how, exactly, I had set up those beginnings. What I found was that employing a hybrid approach – allowing myself to free-write a beginning and then pausing to map out the middle and end based on the start – was a fairly good model, for me.

This is because I find it impossible to write an ending unless the beginning works. That’s not to say the first few chapters must be full of beautifully perfect prose or technical excellence. But they need to provide me with all of the character problems, relationships, tensions, and setups to make the ending pay off. Making the ending work requires me to continue going back to the beginning, adjusting it as I go so that what I have in the end is what appears to have been a seamlessly linear beginning, middle, end, that is anything but.

Over the last five-plus years I’ve been writing a short story every month for fans who subscribe to my work via Patreon, and that relentless push – beginning, middle, end – every month, over and over, began to grind the mechanics of story into me in a way that writing heaps of story openings had never done before. What I often found was that everything I needed to complete a story was signaled in the beginning (or could be edited so it did), and that by returning again and again to the beginning I was able to find the ending.

Who is this person? What do they want? What do the other people in the story want? How can I ensure those wants are in opposition or tension? Stuck? Don’t know the answer? Go back to the beginning. Again.

My mistake in thinking about “the plot” 20 years ago was that I thought the plot is what happened to people. In truth, the plot is how people respond to and influence the world around them. This may not seem like such a big difference, but it’s pivotal. If your lead character doesn’t want anything and doesn’t care about anything, and isn’t particularly interesting, why should we care about the situation they find themselves in? Worlds are ending all the time. What I want to know is why the world ending matters to this particular person.

What I found in my most satisfying work is that having big stakes like – there’s a war, or the Dark Lord is rising – is much more interesting when what matters to my characters are the small things. The boy who wants to protect his elephant. The child trying to find their mother. The woman trying to get her sister out of prison just as the aliens touch down.

The reason these stories are more compelling, to me, is because what these characters are after – their personal goals – inform how they are going to react to the Dark Lord, the alien invasion, the coup, the bank heist (or, inform why they become the Dark Lord, invade a world, lead a coup, or organize a bank heist).

Beginnings focused on people and their needs, wants, desires – however mundane – were more likely to lead me to crisp middles and satisfying endings. They became stories that actively moved instead of stories where I felt the plot was dragging around a character like a puppet. For better or worse, my ability to finally see this important story issue has also made it easier for me to realize why a film or TV series or other book isn’t working for me. When a character is being dragged through a series of action scenes, it’s simply not compelling to me.

I take more time up front now to figure out the smaller stakes my charac­ters have in a much larger story, and lay out the milestones or hurdles they encounter on their way to getting it (or not getting it). I might work in one or two reveals or reversals along the way, but for the most part this allows me to both write freely and to feel that my project is going somewhere.

Some projects will always require more intense attention to structure than others, which is why I certainly prefer simple quest plots to the more intricate time-travel and fantasy epic plots where I need to track and thread multiple character journeys in several different orders. The nature of time being what it is, it’s these slippery types of narratives that always drag on longer for me than I intended.

Compared to beginnings and middles, I find endings fairly easy to tie up, but only because I’ve invested so much time in ensuring the beginning sets up that final act. Everything I need to know to get to a satisfying ending must be set up in that beginning, and if it’s not, I know it because I have a terrible time going forward. My agent often finds this exasperating, my inability to go forward until I have figured out the core character conflicts and setup in the beginning, but it’s the only way through, whether I figure that out ahead of time via outlining or through the more organic process of writing differ­ent approaches to how I open and present the initial conflicts of the story.

If only our lives worked out the same way, right? But that’s what’s so satisfying about writing fiction for a living.

This article and more like it in the June 2021 issue of Locus. 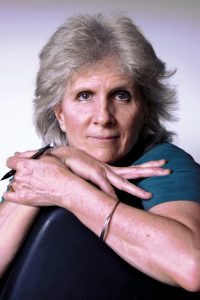