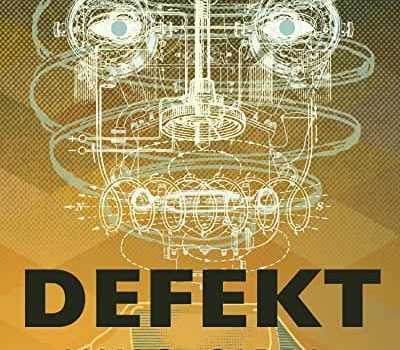 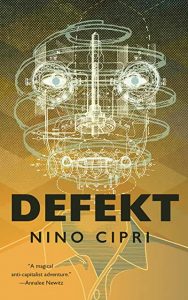 Nino Cipri’s enjoyable new novella, Defekt, is a perpendicular sequel to last year’s Finna: perpendicular because both books briefly meet then diverge in different directions. Like Finna, Defekt is set in LitenVärld, a company that bears more than a passing resemblance to a Swedish multinational famous for its flat-pack, do-it-yourself furniture and maze-like stores. The wonderfully entertaining Finna (go read it if you haven’t) introduced us to LitenVärld’s unique relationship to wormholes and the mul­tiverse due to the twisty, turny configuration of the showroom floors. When one of the customers disappears into another dimension, two low-paid workers – Ava and Jules – with little training or guidance are tasked with finding the customer. Given Finna‘s open-ended climax, I expected Defekt to continue Ava and Jules’ adventures. Instead, aside from Jules’s fleeting appearance, the novella revolves around Derek, a character who doesn’t so much as appear in Finna as act as the catalyst for what transpires. It’s because he’s sick that Ava is working on her day off, the very same day the elderly customer goes missing.

So who is this Derek (or “fucking Derek” as Ava refers to him)? He’s a model worker, loyal and dedicated, who knows the employee handbook off by heart and who reports to work ten minutes before his shift starts. Derek is thankful for all that Liten­Värld has given him, not just the job, but also the repurposed shipping container, “furnished mostly from the damaged-and-returned pile at the store,” provided as accommodation free of charge. Yes, he’s disliked by his co-workers. Yes, he sometimes wakes up to “a shocking sense of isolation that made his chest feel as hollow as an empty cardboard box.” Yes, there is something obscene moving under his skin, and yes, he’s been asked to undertake the over­night inventory shift to weed out defective products, a job that is far more dangerous than it sounds, but for Derek, this is all to be embraced. As he keeps reminding himself: “small amounts of stress were good for you: they made you grow.”

If I was disappointed that Defekt wasn’t a direct sequel to Finna, those feelings were soon quashed by Cipri’s depiction of Derek. Awkward, lonely in­dividuals lacking self-awareness are a dime-a-dozen in fiction, but there’s a vulnerability to Derek, a subconscious awareness that there’s something fun­damental missing from his life, that sets him apart, makes him immediately sympathetic. If Derek got me hooked, the plot ensured I read Defekt in one sit­ting. Without revealing too much (because it would be rude to ruin the surprises), Cipri brilliantly takes something as banal and benign as flat-pack furniture and gives it a terrifying edge, and just as they did with the multiverse in Finna, they employ a familiar science-fiction trope and present it as something new and fresh. Most of all, though, Defekt is a story about the loneliness and isolation that comes from seeing the world differently and the exhilaration of being accepted by a community, a family, who see you for who you are. Defekt is a blast to read, a little bit scary but also heart-warming, and while I have no desire of ever again visiting an IKEA, I do hope this isn’t our last encounter with LitenVärld. 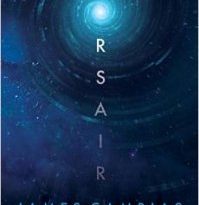 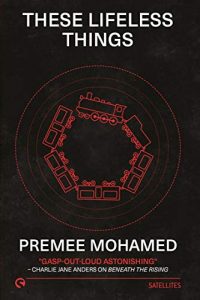