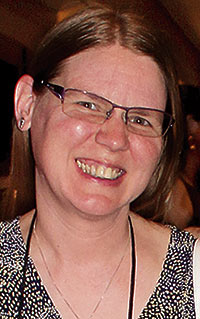 I’m sure I won’t be the only person in these pages remark­ing that 2020 was an unusual year, to say the least. The global pandemic caused mas­sive overnight disruptions but has also lasted long enough to yield something that’s like a new (horrible) “normal.” Given the relatively quick turnaround times for short fiction, it’s not surprising that the crisis that started early in 2020 started showing up in short fiction venues as early as the summer. We’ve seen the online Bunker­punk anthology (from the Sudowriters group, edited by Thea Boodhoo), The New York Times‘s Decam­eron Project, and others. Some of the stories show the haste with which they were written but, generally speaking, they offer thoughtful first-pass perspectives on the major crisis of this time and how it intersects with the many other crises that haven’t been put on hold while the world wrestles with this one.

One of those other ongoing crises is the massive amount of racial injustice in the world, the legacy of both colonialism and the particularly oppressive system of enslavement in the United States. In a year that saw widespread protests about multiple tragic intersections of these biased systems with people’s real lives and bodies, speculative fiction has tried to step up and elevate the voices of those who are most harmed by these social structures. Fiyah magazine had been doing this work for years but was able to expand in 2020 with FIYAHCon and the IGNYTE awards, which also led to the special issue in Tor.com of Breathe Fiyah, featuring eight pieces of flash fiction from the African diaspora.

Efforts to reach beyond the English-speaking publishing world continue apace, with plenty of strong pieces in translation available in many differ­ent venues. I’m happy to report that both Omenana and Future Science Fiction Digest have survived the year and continued to put out excellent issues featur­ing fiction from Africa (Omenana) and Europe and Asia (Future SF Digest). Clarkesworld continues to regularly publish stories from China and has plans to expand into Spanish-language SF. Strange Horizons published a special issue on Mexican SF late in the year featuring stories written in both Spanish and Nahuatl, and their sister publication Samovar continued to bring us quarterly pairs of stories in translation from all over the world. It looks like 2021 will bring us a new bilingual venue for English/Spanish publications with Constelación (edited by Coral Alejandra Moore & Eliana González Ugarte), which released a sample/teaser issue in the fall.

Of course the short fiction field is continually evolving with venues appearing and disappearing at an astonishing rate. This is nowhere near comprehensive, but this year we lost Big Echo (“Critical SF”) and Hybrid Fiction has gone on in­definite hiatus. I didn’t see hoped-for new issues from either See the Elephant or Capricious SF in 2020. However in the plus column it looks like Apex will be revived in 2021 and we have these new entrants to the field: Metaphorosis, Hexagon, Departure Mirror, Baffling Magazine, and Fusion Fragment. I’m sure I’ve missed some, so if you hear of any other new venues please let me know! 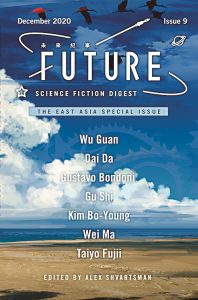 As is now my usual pattern in these year-end col­umns (I’ve done four of them now – still a neophyte compared to many, but long enough to have my own habits), I’d like to make a special point to highlight some of the debut or very early career authors that I encountered this year. Many authors get their start writing short fiction, and I feel privileged to be able to spot new and interesting voices right at the start of their careers. I also feel a special obligation to give them a shout-out when I can, because a kind word early on can make someone feel more welcome and more willing to try again after who-knows-how-many rejections. My Recommended Reading entries at the end of the column are all drawn from this pool of newcomers, but let me highlight a few here. One of my prime debut authors of the year is Justin C. Key, a Los Angeles-based Black author whose psycho­logical horror story “One Hand in the Coffin” appeared in Strange Horizons in January. It wasn’t a story I enjoyed, but it was deeply intense and important. He followed that up with the equally disturbing “The Perfection of Theresa Watkins” in Tor.com in September, so you know he’s an author with more than one story to tell. I hope we see more from him soon. Another standout first story is “We Were The Workshop for a (tor­turer’s) Utopia” by Spanish-language author Carlos Norcia in Big Echo. Fiyah #13 featured several new authors, of which my favorite was “The Transition of Os­oosi” by Ozzie M. Gartrell. Arula Ratnakar had a strong sophomore effort with “Lone Puppeteer of a Sleeping City” (I’d like to thank Clarkesworld for continuing to publish and develop new authors, as I seem to find fresh names in almost every issue, delivering excellent content). And I really enjoyed “68:Hazard:Cold” by Janelle C. Shane in Strange Horizons, a lovely piece of classic SF.

As always, I get to the end of the year lamenting all the great stories I missed. I read an average of 40 stories a month in 7 different venues (my best in 2020 was a month where I read 54 stories in 11 venues), but sometimes that feels like I’m only scratching the surface of what’s out there. Thanks as always to the writers, new and established, who keep coming up with innovative stories and all the editors, translators, and publishing teams that keep getting their words in front of us readers. That was more challenging than ever in 2020, but we’ve gotten through it. I don’t expect 2021 to be much less challenging, but I have high hopes for 2022. This wasn’t the future any of us were expecting, but speculative fiction keeps bringing us a wealth of ideas from people and cultures around the world that might, just maybe, help us survive and thrive in this bizarre future we find ourselves in. 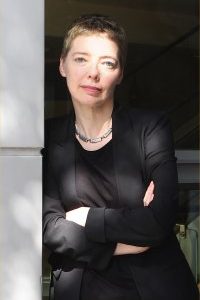 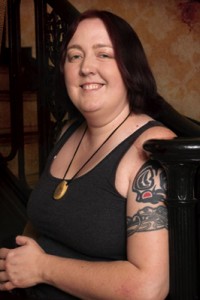