I am an AI skeptic. I am baffled by anyone who isn’t.

Not only am I an AI skeptic, I’m an automation-employment-crisis skeptic. That is, I believe that even if we were – by some impossible-to-imagine means – to produce a general AI tomorrow, we would still have 200-300 years of full employment for every human who wanted a job ahead of us.

These tasks will absorb more than 100% of any labor freed up by automation. Every person whose job is obsolete because of automation will have ten jobs waiting for them, for the entire foreseeable future. This means that even if you indulge in a thought experiment in which a General AI emerges that starts doing stuff humans can do – sometimes better than any human could do them – it would not lead to technological unemployment.

Perhaps you think I’m dodging the question. If we’re willing to stipulate a fundamental breakthrough that produces an AI, what about a comparable geoengineering breakthrough? Maybe our (imaginary) AIs will be so smart that they’ll figure out how to change the Earth’s albedo.

It is too late to halt the climate processes that will flood every coastal city, displace hundreds of millions of people, and sicken billions as pathogenbearing organisms seek new habitats where there is neither a resistance to them nor a predator to dampen the spread of their hosts. These processes will occur irrespective of geoengineering.

To understand why, consider just one factor: the heat we’ve sunk into the oceans. The seas won’t cool until the energy trapped in their depths is expended. Which means that, to a first approximation, the ice-caps are toast. I will speculate with you about GAIs all night long, but I’m not here for thought experiments in which we repeal the second law of thermodynamics. That’s not scenario-building, it’s wishful thinking.

The good news about all of this is that it reveals the locus of the problem with technological unemployment: it’s not a technological problem at all, it’s an economic one.

The pandemic crisis has taught us two critical things:

California spent $200M in 2006 on a stockpile of mobile hospitals, tens of thousands of emergency beds, millions of N95 masks and thousands of ventilators.

In 2008, the state dismantled the stockpile to save the $5M/year maintenance budget (warehousing and keeping the ventilators’ batteries charged) so it could balance its budget during the financial crisis.

Central bankers are getting carpal tunnel syndrome from typing extra zeros into their Treasury spreadsheets. The money supply is fine. That helicopter money is going to procure things that the private sector doesn’t want (the labor of people who are quarantined at home).

There’s one exception – one category of goods that is suddenly in much higher demand: health services, infrastructure, and supplies. We are severely short on hospitals, N95 masks, respirators, and trained medical staff (to say nothing of bleach wipes, gloves, gowns, and so on).

The Feds can make their money machine go brrr brrr brrr all night long, but that won’t make ventilators appear. The ventilators are not there. California threw ’em away 12 years ago to save money. California doesn’t need money; it needs ventilators. If, in 2008, the Fed had bailed out the states, replacing the money the private sector had just annihilated, California would have ventilators. Stockpiling medical supplies is smart planning. Stockpiling money when you are the source of money is… weird. It’s like Apple stockpiling iTunes gift cards or something. For you and me, money is crucial. For sovereign currency issuers, money is just integers. They’re not gonna run out of integers.

Which brings me back to technological unemployment.

The premise of automation-driven unemployment is that someday, the private sector will own so many robots that it can produce sufficient goods to meet all human needs without procuring any labor. Thus, no one will want labor, and so no one will earn the money to buy the things the robots are making.

Should that day come to pass, the money-issuer – the central bank – can procure all that idle labor, without creating inflation. If the private sector doesn’t want labor, then there’s no bidding war between companies and a federal jobs program or a universal basic income, so creating money to buy people’s labor won’t drive up the price of that labor.

What could the government ask us to do in exchange for all that money? How about doing the hard work to cope with the centuries of climate emergencies we definitely, unavoidably face?

Look: when the pandemic crisis is over, 30% of the world will either be unemployed or working for governments.

This isn’t after an Artificial General Intelligence Singularity in the distant future.

One side effect of this is that it thoroughly forecloses on the dream of a General AI. Societies whose primary industry is digging through rubble for canned goods while drinking your own urine to survive do not make fundamental AI breakthroughs.

The 30% unemployment ”solution” solves nothing, but what about a jobs guarantee?

The 30% who are working under federal jobs programs will have working lives completely decoupled from the workings of the market. The movements of markets – particularly financial markets – will be irrelevant to everyone except for a group of weird, chart-watching, twitchy nerds who fulfill the boring job of capital allocation to an increasingly irrelevant section of the economy.

Banking will once again be a safe sinecure for the unambitious, none-too-bright children of wealthy families, the kind of people who want four weeks paid vacation a year, to clock out every day at 4:45 p.m., and never want to work weekends.

Can we imagine a jobs guarantee? You might find it hard to believe that we will find the political will to simply procure the labor of people who have no jobs. Even in the face of a climate crisis that desperately needs that labor to prevent the destruction of our cities, our civilization and our species, it’s hard to imagine that kind of ambitious program.

But honestly, if we’re going to dream, let’s dream big: I can see a path from here to a federal jobs guarantee. I don’t see a path from here to a General AI. If we’re going to imagine a General AI future, let’s imagine that one of the changes we make along the way is to abandon the toxic austerity worship of the neoliberal era. If we can manage that one simple trick – the trick of adding zeroes to a spreadsheet in a central bank computer – then we have no automation employment crisis.

Which is really good news, because that will free us up to address the actual crisis that we face.

Keynes once proposed that we could jump-start an economy by paying half the unemployed people to dig holes and the other half to fill them in.

This article and more like it in the July 2020 issue of Locus. 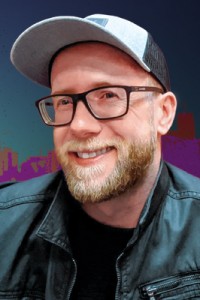 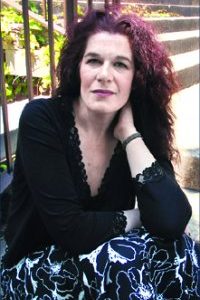