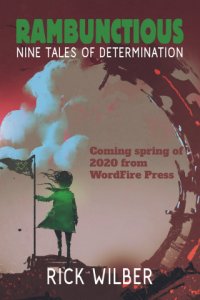 Hewing to the high standards of probity that all reviewers should follow, I solemnly promise not to employ any easy baseball similes, metaphors, or analogies during this review of Rick Wilber’s new story collection, despite the fact that he is most famous, perhaps, for his alternate-history stories involving Moe Berg, Major League Baseball catcher and spy. And despite the fact that in his charming introduction Wilber makes much of the importance of sports in his life. Besides, these stories range so far and wide, displaying the whole spectrum of Wilber’s talents and concerns, that even the vivid figurative language of baseball falls far short.

The tales range extensively in realtime as well, having been published across a span of thirty years. But they do all reliably share the book’s subtitle: “Nine Tales of Determination”.

First in the TOC is “Today is Today”, a rather mainstream-literary piece, appropriate for its initial venue, The Stonecoast Review. It’s a meditation on how one man’s life could pinball through a series of alternate timelines, mostly centering around his career and the existence or non-existence of his Downs-syndrome daughter. There’s a quietly powerful Connie Willis/Claire North (The First Fifteen Lives of Harry August) vibe about it.

“Rambunctious” could almost have come from the pen of Andy Duncan or Howard Waldrop, being the whimsical near-future-era biography of a young girl named Emma who lives with her grandparents. Emma possesses many strange abilities—which often cause more trouble than joy—but they all fall into focus the day the alien spaceship lands.

Just to show he can do creepy thriller-type suspense as well as a sensitive humanist outing, Wilber gives us “Ice Covers the Hole”.  Our heroine, Melissa O’Malley, possesses the intermittent psychic ability that allows her to vicariously relive the last moments of a corpse. When she uses her power to help a cop track down a murderer, she ends up exposing herself to mortal threats. Wilber’s language here is deliberately stark and spare, much different from the poetic meditations of the first two offerings.

Reading a bit like Chris Priest’s The Separation, “Walking to Boston” takes place on two timetracks: the 1940s, when lovely Irish lass Niamh fell in love with American aviator Harry Mack; and the 1980s, when the elderly couple are struggling with Niamh’s Alzheimer’s. But can dementia open up strange dimensions of alternity? Wilber’s evocative particularity when limning both eras contrasts well with the incipient strangeness.

In “Something Real” the reader gets to sample one of the ingenious, cannily researched Moe Berg tales. We follow the sportsman turned spy as he infiltrates Nazi Germany in a quest to stop the Germans from acquiring nuclear weapons. But a mystery woman from out of futurity has her own plans. I kept flashing on Jack Williamson’s The Legion of Time.

The longest piece in the book is “Several Items of Interest”, which is a substantial pendant to Wilber’s novel, Alien Morning. Earth has been conquered by the truly weird aliens called the S’hudon. Our hero, Peter, accepts an assignment to their homeworld, thinking he can maintain his integrity. But instead he comes to acknowledge a grim truth. “You think you are a Cronkite and realize you’re a Tokyo Rose.” Meanwhile, back on Earth, Peter’s brother Tommy emerges as head of a rebel movement. How can Peter possibly reconcile his opposing allegiances? The mosaic nature of the narrative particularly suits the impressionistic, fragmented nature of Peter’s life. Readers who dug Cadwell Turnbull’s The Lesson will groove to this allied tale.

Wilber’s fiction often gives us a meandering path through the life of a character, without explosions or cliched narrative arcs, in the manner of a real-life journey whose meaning and fallout is recognizable only after the epiphanic conclusion. Such is “Hope as an Element of Cold, Dark Matter”. Our protagonist, Annie, a young woman going to visit her estranged father in Scotland, is plagued by the phantom of her best friend who committed suicide in the near past. As Annie works through her emotional life—with a little help from her Dad’s quantum physics—we the readers experience the pleasant sensation of confusion and unease resolving to wisdom and happiness. This seems to me to be a story Susan Palwick might have been proud to write.

Quasi-autobiographical, “Prices” recounts the aftermath of the protagonist’s father’s death—which happens to be spectral phone calls from Dad in the afterlife at any time of the day or night. It’s a cousin story to the previous one, except without the happy ending.

And finally, “War Bride” limns the fate of a young man named James who happens to be the “pet” of some invading aliens, charting the harsh decisions one must make between sheer survival and loyalty to one’s friends.

Wilber’s fiction, often written in the gripping present-tense, is rich with sensory specificity, historical verisimilitude, deep psychological kennings, compassion, and plain old joie de vivre. While honoring the stern realities of science—and science fiction—he is also not afraid to exhibit an intuitive, mythic sense of life’s mysteries. If I hadn’t made that foolish vow in the first paragraph above, I’d say he’s one of Fantastika’s All-Stars. 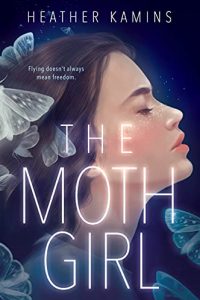