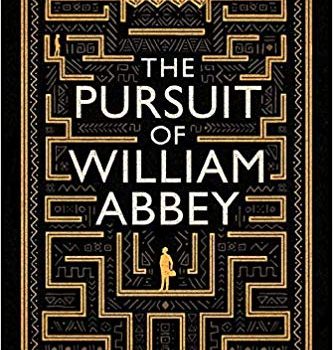 The Pursuit of William Abbey is Claire North’s sixth novel in six years, a period during which she also published three no­vellas (The Gamehouse trilogy). It’s a remarkable feat when you consider that (a) these are stand-alone books in an age of multi-volume series and (b) they’ve consistently received critical praise and won awards, including the John Campbell Memorial Award (The First Fifteen Lives of Harry August) and the World Fantasy Award (The Sudden Appearance of Hope). With The Pursuit of William Abbey, North makes her first novel-length foray into historical fiction.

We’re first introduced to Sister Ellis, a Night­ingale Nurse tending to the wounded and dying during the First World War. She is stationed at the Jardin du Pansee, a once-stately home in France, now a makeshift hospital six miles from the front line. There she meets William Abbey, one of two physicians who work at the Jardin. One night, with the stench of the trenches in the air, Abbey recounts to Sister Ellis his extraordinary life-story, beginning with the foreboding statement: “I’m a truth-speaker… and where I go the shadow fol­lows.” He explains that, as the youngest of seven children, and with little familial pressure to become a politician or lawyer (i.e. someone with influence and power), he chose to study medicine. But at the age of 25, in debt and besotted with a young lady whose high-social ranking precludes them ever being together, Abbey was forced by his father to provide medical services to “some pestilential backwater in Natal.” On his arrival, he was dis­turbed by the harsh, brutal treatment of the black populace at the hands of “civilised” white men. This culminates in the burning of Langa, a teenager whose only crime was to fall in love with a white girl. Cradling Langa’s charred corpse, the boy’s mother curses Abbey for not having the courage to save her son. At that point, Abbey becomes a truth-speaker, ceaselessly pursued by Langa’s shadow. When close to the boy’s spectral form, Abbey is driven, against his will, to speak the truths hidden in the hearts of men and women. If he comes into contact with Langa, the shadow kills the person Abbey loves the most. As the haunted English­man journeys across the globe, putting distance between himself and the “relentless, endless pace” of Langa’s shadow, Abbey discovers he’s not the only person to suffer this affliction. He also comes to understand that those in power – governments, intelligence agencies, and shadowy cabals – will do anything to possess a truth-speaker of their own.

The Pursuit of William Abbey is Claire North’s most ambitious novel to date. It would have been one thing to write a British-centric story about the decline of Empire, but Abbey’s enforced travels across the world – he visits every continent – means we get a much richer and broader perspective on the tumultuous political and social changes of the period. Abbey is privy to the plight of the enslaved, the shifting power dynamics across Europe, and the rise and fall of the proletariat – all of it climaxing with the First World War. His curse is a powerful metaphor for the brutality of colonisation – Langa’s burnt body a constant reminder – that also allows North to highlight the twisted, greedy motivations of those in power, masquerading as the “greater good.” Just as was the case with novels like 84K and The End of The Day, North makes no bones of where her allegiances lie; she wears her passion for a more equitable world on her authorial sleeve.

If the novel has a weak spot, it’s with the charac­terisation of the titular protagonist. North’s heroes (or anti-heroes) – Theo Miller, Hope Arden, Harry August – are generally flawed individuals burdened with a special skill, genetic mutation, or state of mind that sets them apart from everyone else. Yet it’s their unique perspective that allows them, sometimes reluctantly, sometimes willingly, to push against the status quo. Abbey is similarly a loner, estranged from his father and perceived as of lower social-status before he’s afflicted with Langa’s shadow. But unlike Theo, Hope, or Harry, whose actions drive the plot and themes of their respective novels, Abbey is ineffectual, prone to self-pity, often having to rely on others to save his life. Thankfully, Abbey is surrounded by a vibrant cast of characters, ranging from the wonderful Mrs. Parr and Colonel Ferrall to the misguided Professor Albert Wilson and the amoral Josef Ritte.

The stand-out is Margot Halloran, Abbey’s love interest and truth-speaker, but more importantly a political agitator and con artist who ultimately uses her curse to seek a cruel, violent sort of justice against those in power. In many respects, Margot is the more typical Claire North protagonist, and a large part of me wishes this book was her story.

While I’m sure (or hope) Claire North has many more novels left to write, the November publica­tion of The Pursuit of William Abbey – the books have generally been released in April or May – suggests this fertile run may be coming to an end. It will be sad if that’s the case because a new Claire North has become an annual, much-anticipated tradition. 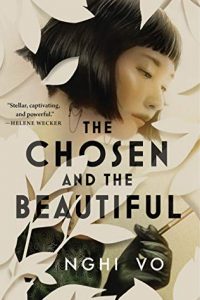